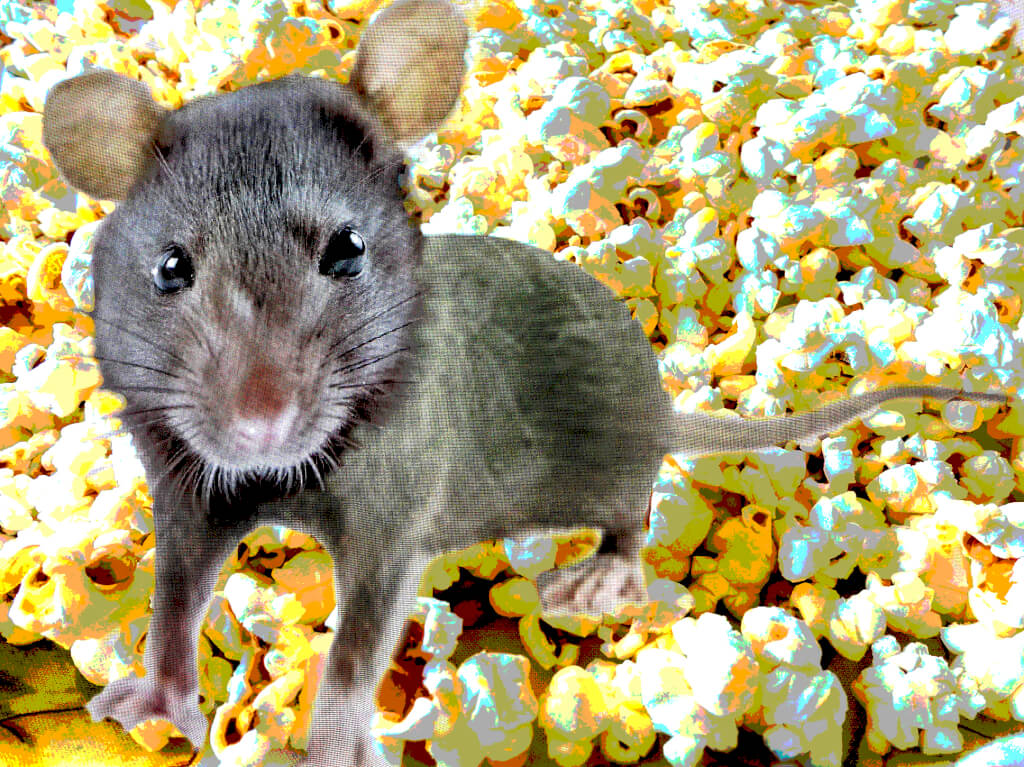 At the end of last weekend, I cried when my son left town. Miserable in my empty house, I tried to feed the hole in my heart with ice cream. I made popcorn, and watched three episodes of Orange is the New Black on Netflix. Nothing helped. It felt like grieving and loss, all over again.

After days of mourning I got back to appreciating the quiet house, and loving the privacy where I could dance wildly with the dog and sing to my dead daughter. Except for all the TV images of people suffering severe losses in hurricanes, I was feeling fairly comfortable when I got an email from one of my friends in Florida, “Hi. I’m homeless. Do you have a room…?”

Right away I emailed back, yes, she could have my guest room. But before hitting SEND, I listed all the reasons why she wouldn’t want to stay in my home: the smelly dog, the neighbor coming and going, lights out at 9:30, no storage space available, meetings with writers and bereaved parents scheduled there at all hours…. And I made a list of My New House Rules, which I didn’t include in the email but meant to have ready in case she still accepted my offer after reading all the listed conditions and deficiencies. I almost phoned her to talk her out of the idea of staying in my home. But she’d already (almost immediately) emailed me back. And there was so much relief and gratefulness and joy in her email – that I suddenly felt like a rat.

Did you ever lose your caring and kindness? Your patience? What animal do you turn into when you aren’t at your finest?

For the New Year I wish you light.

Moonlight, starlight. Firelight, candlelight. The subtle luster of dawn and the brilliance of sunrise. The gleam in a friend’s eyes. City lights. The tiny sparks of fireflies in the dark night. I wish you a blazing torch when you’ve lost your way, an illuminating idea when you’ve lost your inspiration. A reflection. A rainbow. The glow of red and green leaves between you and a hazy sky that hides the sun.
“Look for the light,” my sister called to my daughter who was dying almost five years ago.

“Look for the light,” I say to all of us who still live. 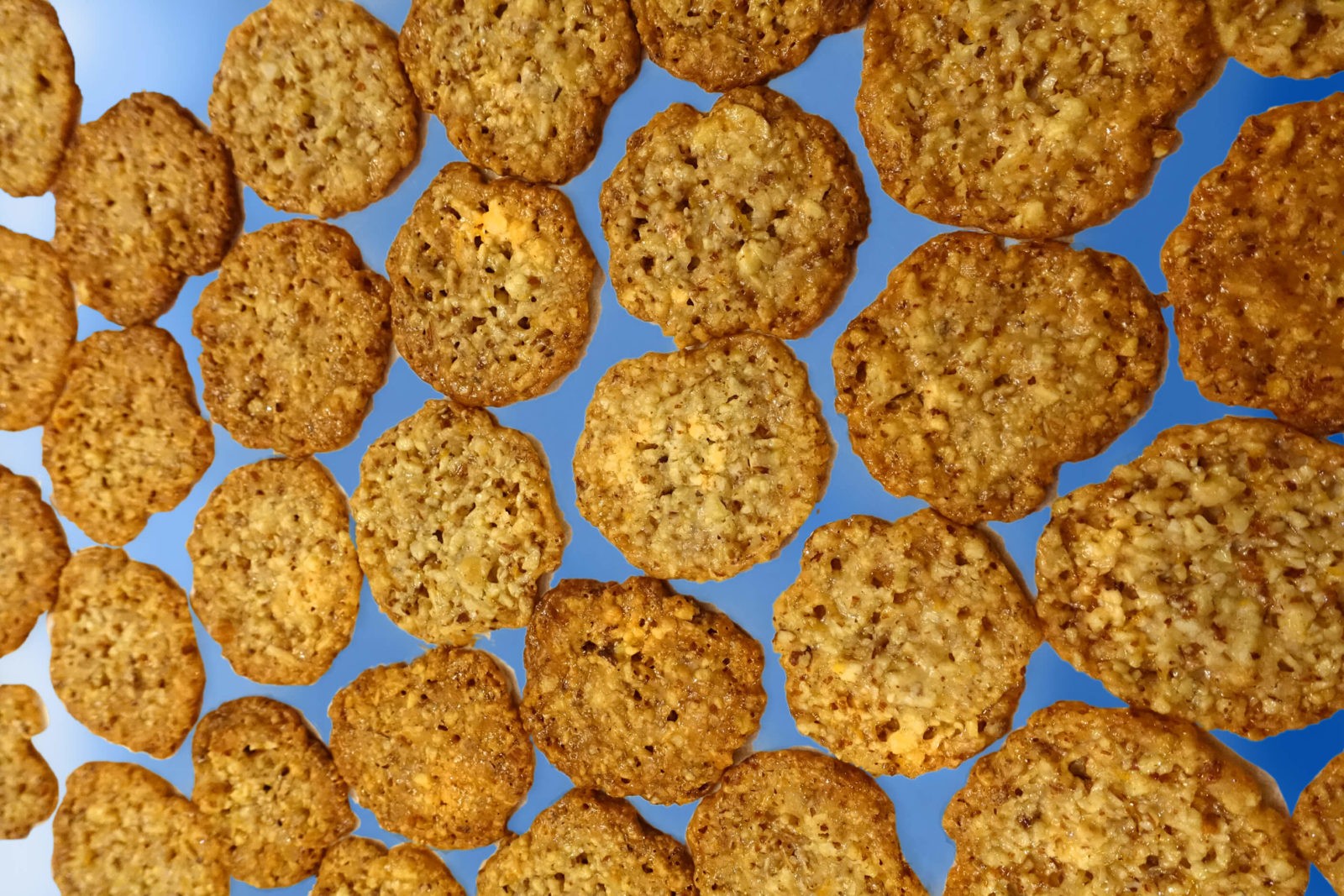 “And I’m invited too?” I demanded of my friend when I learned that she and my other best friend were going to bake cookies together on Saturday. Not usually this bold, I was following three of the Holiday Tips for Grievers I’d found online: “Take breaks from your grief,” and “Don’t isolate yourself,” and “Tell people what YOU want to do for the holidays….” So I invited myself.

All over the Internet, bereaved and depressed people can find advice on how to deal with the holiday season. “Take care of yourself.” “Be honest. Listen to your heart and be mindful of your own needs.” “Do what feels right for YOU.” “Protect your physical and psychological energies.” During this time, online publications from Huffington Post to whatsyourgrief.com essentially grant sufferers permission to turn into self-centered, entitled grinches.

I don’t even like cookies. But I do like being in the kitchen when my friends are cooking. I will wash a million dishes in order to watch friends make extraordinary food. Also, my daughter who died liked to bake. So on Saturday, I helped stir and pour batter, and cleaned dishes. All afternoon we sampled fresh warm cookies as they came out of the oven. And we talked, sipping on scotch and wine.

I listened to various complaints about daughters doing things or not doing things, and thought, My Marika used to mess the kitchen up miserably when she baked cookies. There was also proud praising of the same daughters. Marika made the best cream cheese-frosted carrot cake. If Marika were still alive … I thought to myself. I tried not to mention my own daughter out loud. Because these were my old beloved, “regular” friends, not the newer friends who are other bereaved mothers who understand the need to talk about my daughter, to hear her name. A holiday tip for grievers suggests you find ways to include your loved ones. I ate another cookie, silently toasting Marika.

Then the discussion turned to someone else’s daughter who was recovering from physical problems and wouldn’t be able to play sports for a whole year. That’s when, no longer able to contain my physical and psychological energies, being honest with myself and mindful of my own needs, and doing what felt right for ME – I said, “Well at least she’s still alive,” – and effectively ended all conversation.

How have you grinched-out during the holiday season? Did you decorate? Or did you decide it was time to let dirty dishes hang out on the counter-tops? 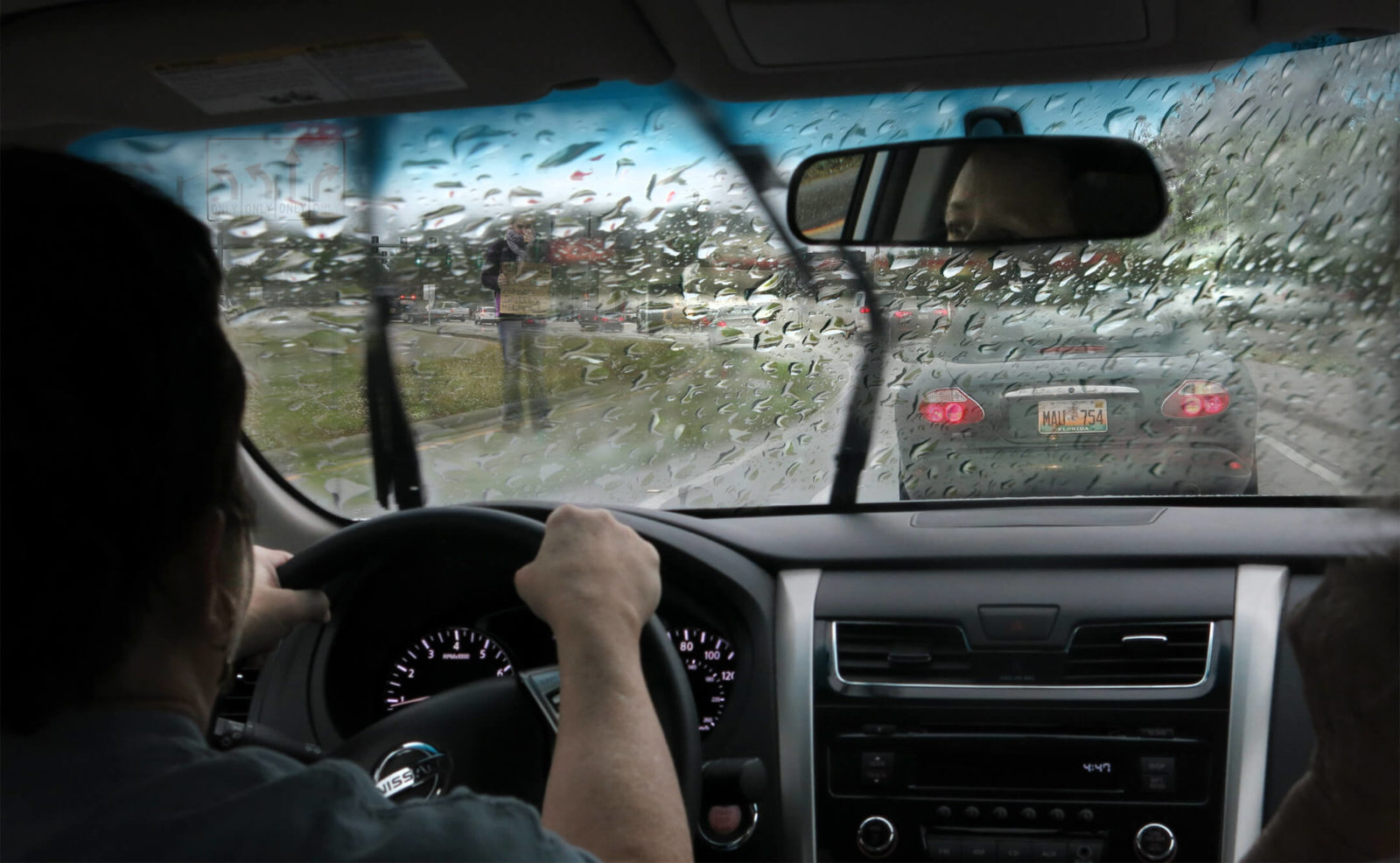 Driving home from picking up the pizza & wings takeout my son ordered for our dinner, I passed a girl standing on the corner with a sign that said HOMELESS and HUNGRY. Just then the light turned red. So I was stuck next to her for what seemed like hours. I could barely look at her. Was it her shame or mine that kept me staring blankly ahead in the stopped traffic? Alone, by the crammed street during rush hour, the girl was about the age of my daughter who died. I wanted to hug her, take her home and feed her. If the box of wings had not been stashed, unreachable, in the trunk of the car, I would have shoved it out the window and into her arms. Instead I avoided her eyes and turned, as soon as I could, onto the busy street beyond her. My own eyes filled with tears.

These days it doesn’t take much to make me crumble, crying. But what does it take to stand on a corner announcing to the world that you are desperate? I wondered. What had this girl lost? Did she have some safe warm place to go to at the end of the day? What would happen when it rained or snowed? Did she have a mother? Did the mother know where her daughter was?
“Mom, there’s a bunch of them. They live together and take shifts holding the sign,” my son said. Yes, I’d seen them before. I’d scorned the disheveled young men with their attitudes of entitlement, laziness, and lack of ambition or self-worth.

Currently reading Brene Brown’s book RISING STRONG, the part that suggests we give each other a break because maybe we’re all doing the best we can, I decided to return to the corner with a Wegmans gift card. I would let this girl know that someone cared. But that was later, after I’d gone home and found I could not get her out of my mind. First I allowed myself the small joy of sharing pizza and wings with my son. We’d both been through hell. That’s why I knew I had to find the girl again. Because, who knows what she’d been through before getting stuck on that corner. 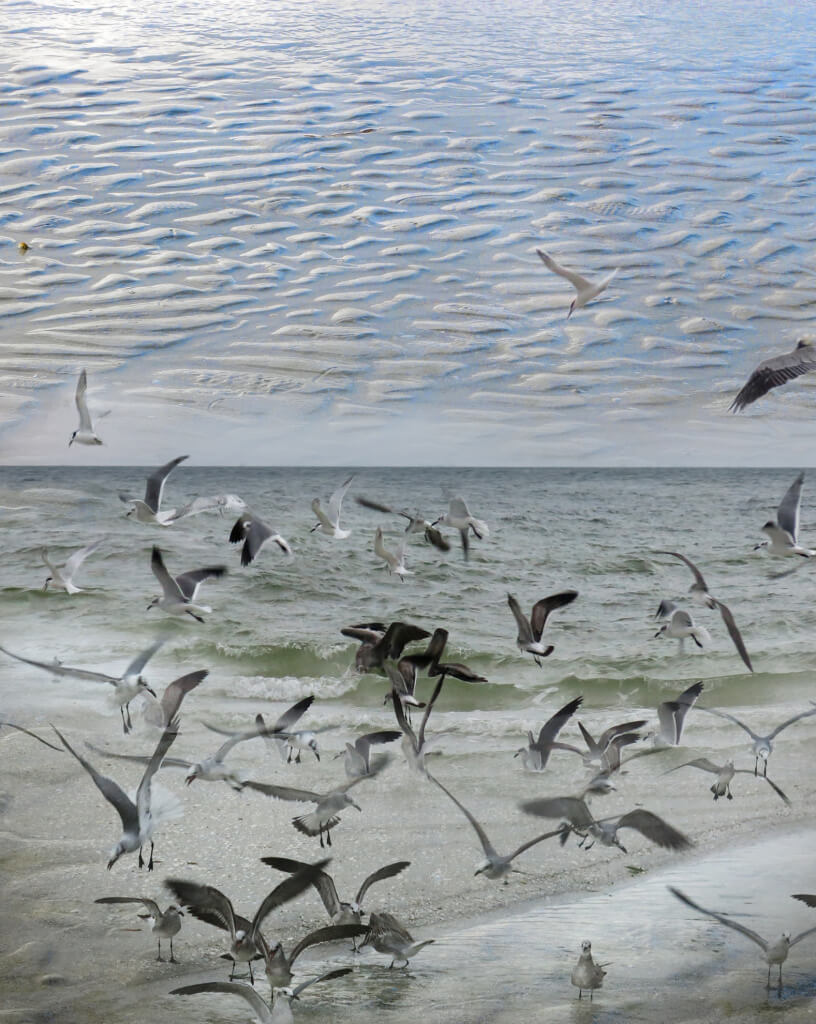 If as a bird, we could fly beyond life.
Where would our wings carry us in our flight?
For what would we search on the earth below us?
What would await at our journey’s end?

As a young child, I sang this song to the tune of O Holy Night, in my backyard on New York’s Long Island. Decades later, from my home in central New York, I still sing it watching flocks of birds in their biannual migrations, north or south. And I sang it on the Delta Airlines flight I took the past weekend, to Florida via Detroit.
“Are you kidding? I hafta fly north to Detroit to get to Florida?” I’d protested to my son, envisioning all the potential storms and travel delays in the vast territory between the northern and southern borders of our country, which could prevent me from reaching the annual family reunion in Sanibel.

The song was stuck in my head as I finally got to walk the beach at Sanibel, kicking up sand and crunching seashells with each step. I focused on photographing flying birds. Screeching gulls lifted into a chaotic cloud around me. They scattered. My worries and backache took off with the birds. I laughed. Looking up at the sun breaking through clouds, then down at the congregations of birds resettling by my feet, and out at the Gulf of Mexico, my eyes scanned every direction, smiling. Is this freedom? I wondered. Do I belong here, by the sea? With bare legs and hair whipped by the wind, for a moment I pretended to be the wild spirit that dances around the edges of my dreams. The person I wish I was brave enough to be. Almost five years after the death of my daughter I still don’t know who I am anymore, or why I’m here, or where I’m going. This could take a lifetime of moving from north to south, east to west, and back again, to figure out. I’m okay with that.

Flying back home to New York, via Detroit, I stared breathless, not blinking, as the plane flew over the great Lake Erie. I’d never seen it before. It was like discovering another ocean.

Where might our wings carry us? And what awaits? 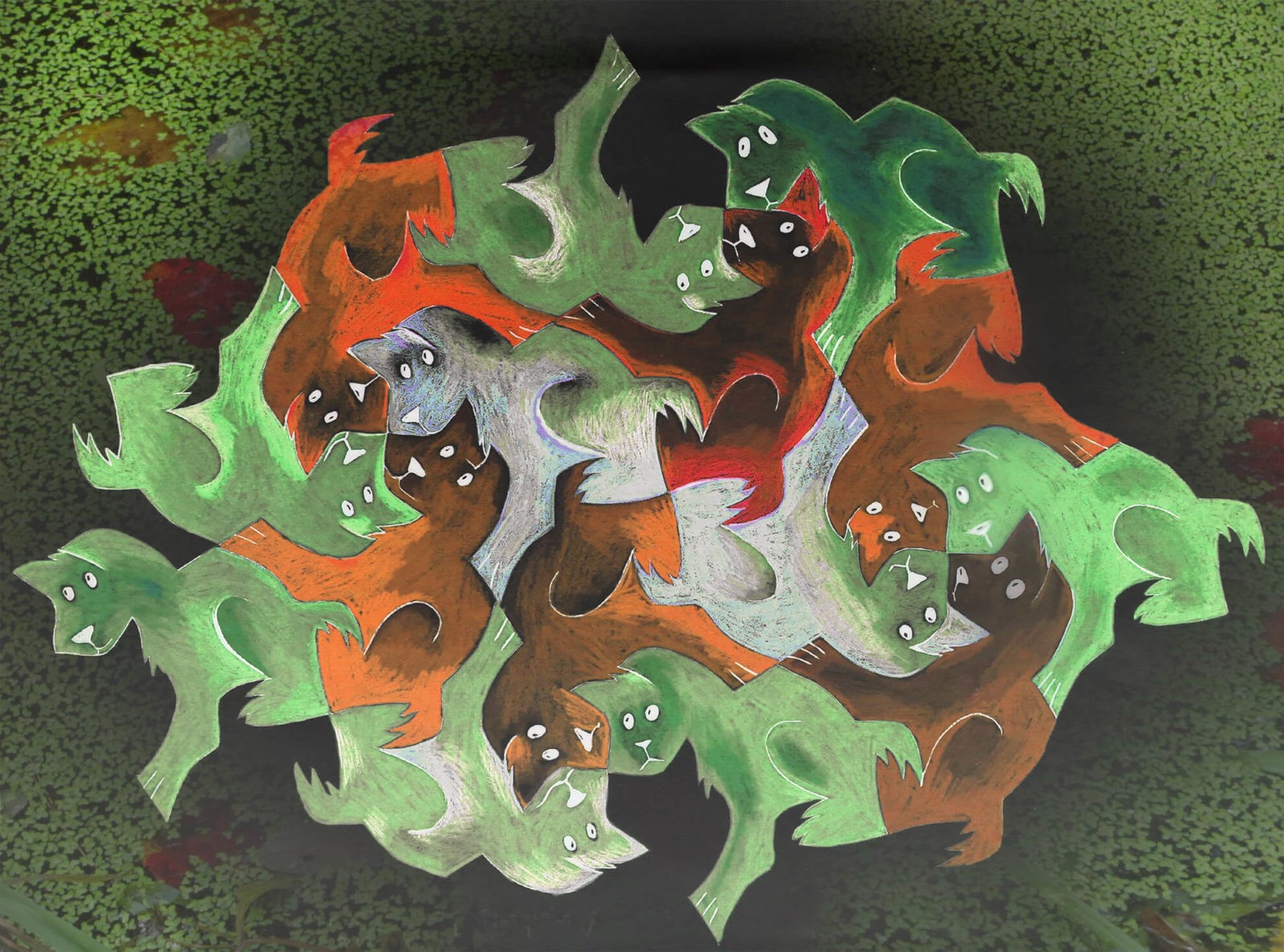 A book I once read began with a proposal – what if all the lonely people in New York City were to open their windows at 11PM and howl into the night sky? To me this is the image of Facebook and Twitter, only, there the whole world is howling, and people from all over find and follow one another. The cacophony seeps into everyone’s emailboxes as each hollering is echoed and replied to, over and over. A recent yowling of my own on Facebook received a massive 90 likes. Lots of comments. I joyfully followed and friended and thanked as many fellow yowlers as I could.

My daughter blogged when she got cancer in 2008. Back then I thought blogging was some sort of techie cult activity; I didn’t dare visit her site. But people followed her and she felt supported. Following her death, I tried to follow her lead, first venturing into Facebook, eventually journeying on to Twitter and Pinterest. I set up my own website and blog. I followed all the rules, followed people’s advice, and followed my heart – and still ended up crying alone in the car every day. In a daze, I followed my friends who dragged me out of the house. I followed my dead daughter to Australia. I followed her dog into the woods, over streambeds, and through grassy fields.

These days I follow people in online groups: communities around child loss, cancer, gratitude, hiking, food, signs from departed loved ones. In the process of all this following, I apologize if I’ve become a nuisance, nagging you to “like” my new Facebook writer page, pestering you to subscribe to my blog. There are differences between followers and friends, I’ve learned. As an author building a platform, I value them both.

“All your hard work will soon be paid off,” reads the Chinese cookie-fortune taped onto my computer. It is paying off. The “friends” I’m finding by increasing my social media presence make me laugh. They make me cry. Mostly, they make me feel that I am not alone. In the middle of the night I tweet to a bloke in England. I chat with a mum in Australia. During my days dashing around Ithaca I smile, embarrassed, but delighted to be stopped.
“I loved your last blog,” said a woman at the gym, who I know only from Facebook.
“We’re “friends,” said a stranger in a restaurant, “on Facebook.”

Where do you find new friends? How does the internet add value to your life?