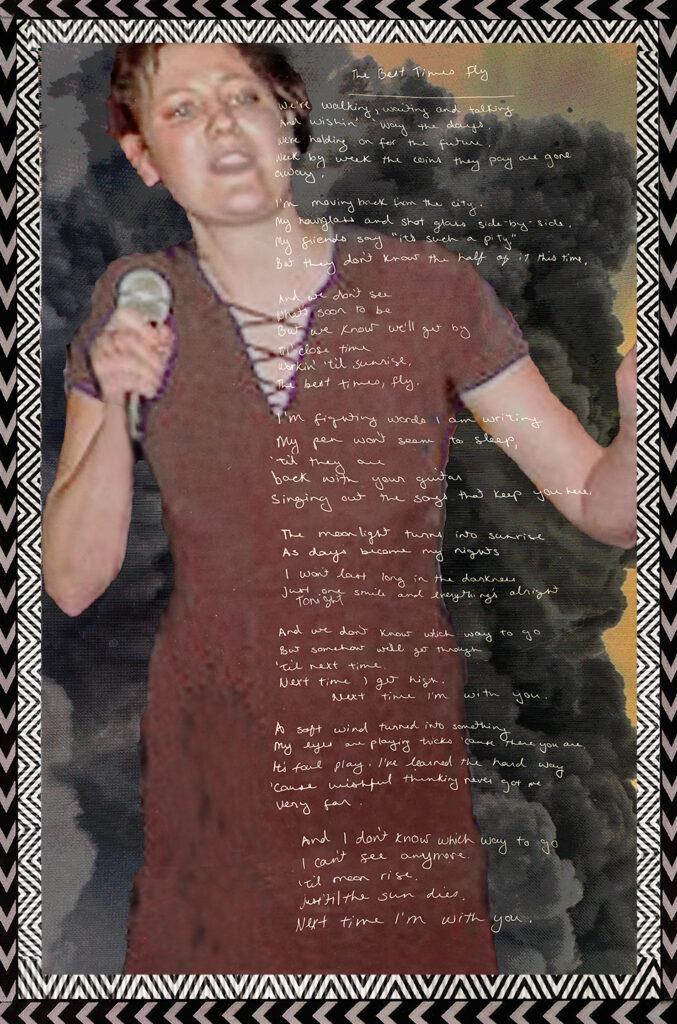 My daughter was living like she had only an hour left. Like the lights could go out at any moment. By the beginning of 2010, Marika was back on a chemo maintenance regimen, taking ATRA on alternate weeks, mornings and nights. The weeks on ATRA were riddled with headaches and nausea. She would come home from her apartment and stumble from bed to bathroom and back to bed again. But the weeks she was off she made music, went on road trips, and partied to make up for lost time. Laurie and I muttered that Marika was in denial, that she thought she was immortal. But since trouble was what she was given, she made trouble dance. She made it sing. She made it beautiful.

The day the doctors said Marika could go to Australia, it was like I was thrown into a storm cloud. Trapped in the midst of mighty updrafts, downdrafts, rising temperatures and intense atmospheric instability. Any decent lifeguard would have already cleared the waters and taken control by the time the magnificent but unpredictable cumulonimbus clouds gusted overhead. But I was stymied. The Australia idea was immovable. Like cancer. Once the seeds were planted in Marika’s head and she was okayed by the Roc Docs, there was nothing I could do about it. And since they said she could have two weeks in Australia, it seemed that life—hers, mine, ours—must be somewhat stable. Suddenly I had everyone’s blessings to take a respite from caregiving. So when friends invited me to hike for two weeks in Turkey, I went.

Marika watched the house, and the cat and the dog, while I wandered in Turkey and stopped at every marketplace to buy earrings for her. At the sacred House of the Virgin Mary in Ephesus, I hung notes with Marika’s name on the prayer walls. At every mosque I whispered good wishes for her. My bags were loaded with gifts, mostly for Marika.

When I came home the house was just as I’d left it. There’d been no parties, no broken or lost furniture. And just as I got back, in mid May, Marika went to Australia for two weeks. For almost a month we were on opposite sides of the earth.

While she was away I kept busy rewriting my resume and applying for teaching jobs. I tried not to worry. I told myself she was seeing the same full moon I watched by the pond. Its reflection, a bright silver light, danced, waxing and waning nightly in the water.

Marika called me once from Australia. We talked briefly. She was having the time of her life without me.

But the best times fly. She returned home, to her apartment. I gave her back the dog. She gave me a postcard and chocolate TimTam cookies. She was in a hurry to see her friends, so we didn’t talk much about our trips. I retreated to memories of my time in Turkey, where songs of prayer were broadcast in the skies over cities and towns. Where I’d climbed a hill overlooking Istanbul, and watched the city wake up to welcome each new morning. The air was filled with echoes of voices that flew from every direction. They chanted and prayed for the good in this world, for the best the day had to offer. For the best times.