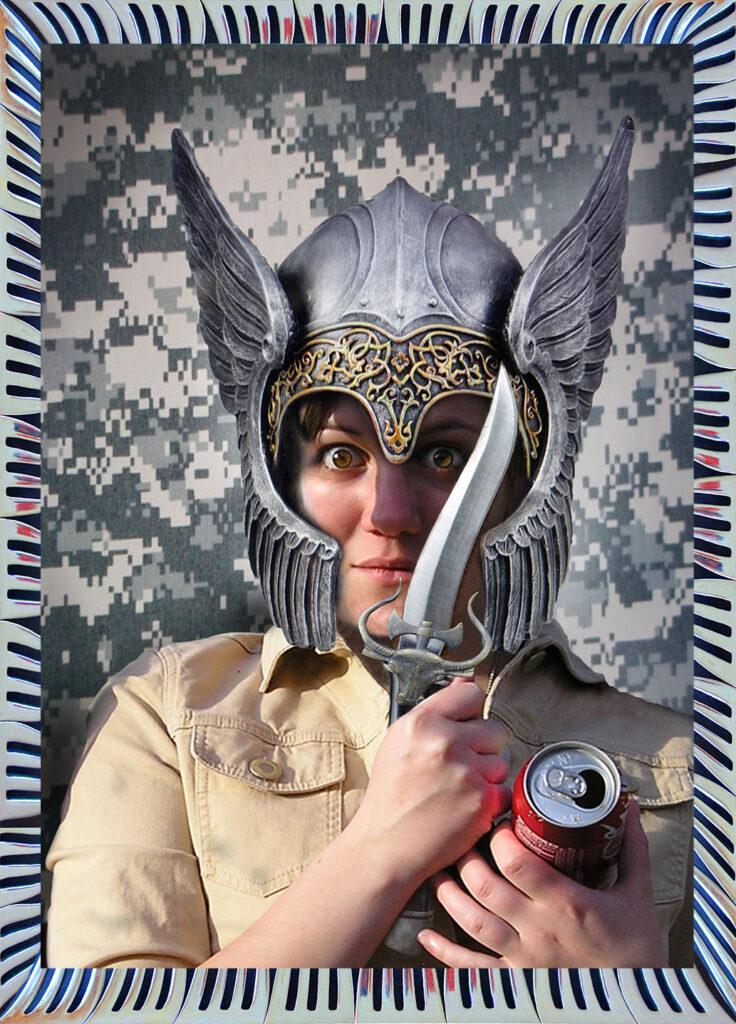 Sometimes I think of our time in the deeps of cancer as one big tumble. Cancer had barged into our home felling one thing after another, like the toppling of dominoes. Everything faltered and failed. Respiratory failure. The falling hair, the fallen-too-low white blood cell counts, the failing immune system. Prone to falling, Marika fell from a hospital bed, she fell down a staircase. She fell in love, she fell out of love. She fell in and out of remission. We both fell into depression. We fell down together in a parking lot near the hospital when I failed to support the weight of her larger frame. Falling behind in my work as I commuted back and forth to keep my job and keep at her bedside, I fell asleep at the wheel one day and ended up in a ditch. Terrified, I kept driving. Scared, worn out. Dangerous. My life was crumbling. And then the sky fell completely.

The chemo failed. We were all fooled. Life and the future are deceptions. Normal, if there is such a thing, doesn’t last long. Everything changes, and you can’t get back to how things were before cancer clobbered the world you once so obliviously flitted about. By the end of June 2009, Greg had been at war in Afghanistan for six months, my father began his own battles with failing health, and I got cut from my teaching job, just in time for Marika’s relapse of leukemia.

And maybe things wouldn’t have ended up the way they did if she hadn’t failed to stay in compliance. That’s what they called it, “failure to stay in compliance.” At some point she’d stopped taking her meds. Who knows why? Marika stopped the chemo maintenance pills that kept her cancer at bay and could possibly have cured her. The pills that might have been the happy end of the story. And she fell to her leukemia again. Her leukemia. As if she owned it, controlled it, and could just get rid of it. But now it owned her, and it would own every last aspect of her life.

“Robin, how many pills are left in Marika’s container of ATRA?” Laurie phoned, flummoxed, one day near the end of June. Laurie’s method of coping with the unknown is to tear it apart, examine every inch, and understand it.
“Fifty-five ATRA left,” I reported back to her ten minutes later. “Why?”
“Well, I called the two pharmacies she uses to fill the ‘scrips, and the math doesn’t add up. She must have quit taking the pills around January,” she said.
“Did she say anything to you?” I asked, knowing that Laurie would come right out and ask Marika why.
“She wouldn’t talk about it,” she said, sounding brokenhearted. Laurie was beating herself up about the pills, like she could ever have known or been able to do anything about it. What was Marika thinking? She’d dropped her weapons. Was she surrendering to cancer? Or was she pretending it just wasn’t there?

Marika, the intrepid warrior. That’s what someone on her blog site called her. My mother called her “a tough cookie.” Laurie dubbed her The Complication Queen since every bit of her, body and spirit, challenged any administration of new drug or routine procedure, resulting in countless complications. Laurie also said Marika was her own worst enemy. She fought blindly, sometimes recklessly, to live life on her own terms. People say you don’t fight cancer; that you learn to live with it. No, this was a battle. We were at war with cancer. I’d look at my daughter and marvel at how brave she was. In the hospital, I tried to be tough and strong so she could feel safe. When she was down I pretended to be a soldier standing guard over her, keeping long vigils. Then on Fridays, I’d say goodbye and go off again and again and again. And on Sundays, I’d march back up to my beautiful trouble at Strong. I pushed myself to be brave. For her. And maybe our war with cancer brought out the best in me. Maybe cancer was my General’s Table. Because that’s when I discovered I wasn’t alone. There were people, beautiful warm-hearted, courageous people, everywhere along the way. I was fighting in good company.

“I’m in Strong,” Marika said over the phone on the last day of June 2009, while I was stuck at Fort Lauderdale Airport, returning from a visit with my father. She said “in Strong,” not “at Strong.” When one is “at” the hospital, it means she’ll be home by dinnertime. But Marika was IN Strong. Again.
“I’m on the way,” I told her. And waiting for the plane back to New York, nothing in that airport was moving fast enough, now that we were soldiers at war once more.