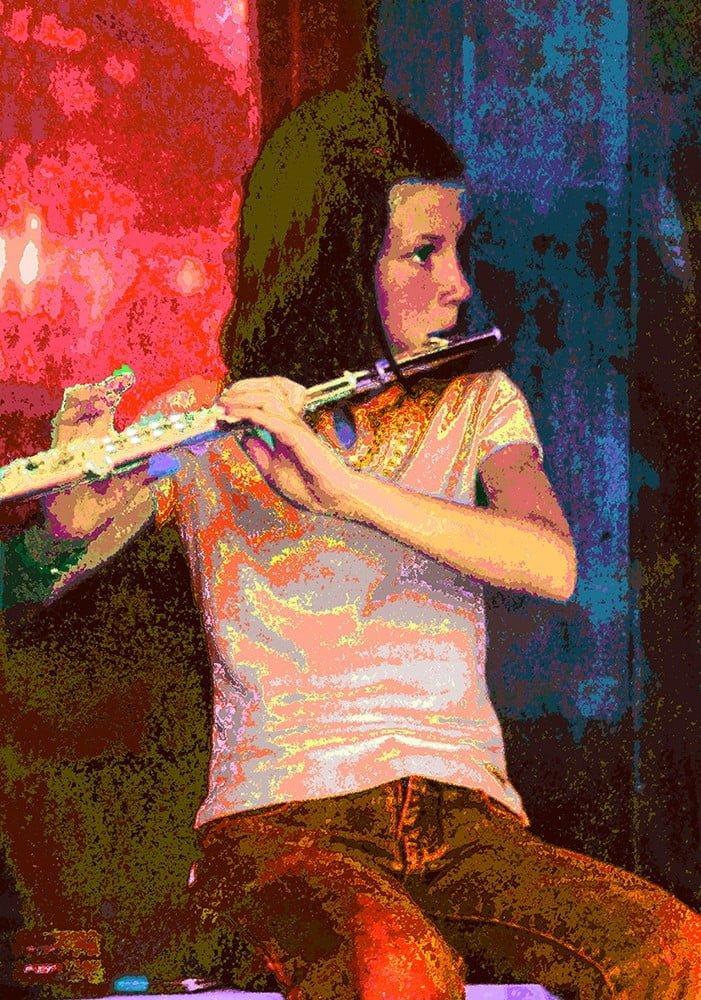 Thanksgiving wasn’t even over yet last week when the stores started playing Christmas songs. This music was foreign to me until many years ago when my young daughter became a girl scout and we went caroling. We’d go home and I’d marvel at how she reproduced the tunes on her flute or pennywhistle. Now, hearing Silent Night and other carols makes me cry uncontrollably.

I remember the first time holiday music pummeled me. It was in early December, eight years ago, when I was stuck alone at the Ronald MacDonald House near the hospital where my daughter was waiting for a stem cell transplant. It was before everything went downhill for Marika, before I had any inkling it would be her last Christmas. There were only a couple of people staying at the RMD House that night, and the staff begged us to gather for the visiting musicians. Seated up close in a rocking chair, I listened, sniffling, confused about how the music was affecting me. By the time they began Silent Night, I was trembling and hugging myself, trying to hold in my howls.

This September, I began learning to play a red plastic cornet. It has nothing to do with my daughter, I told people, even though everything I’ve done since Marika died has been about her. This was just for me, I insisted—I wanted to play bugle calls. Taps in particular. Whenever I hear Taps, my heart stops. Same thing with Amazing Grace and Hallelujah. I want to play music that tugs at people’s heartstrings. So far I’m just a beginner still fumbling my way through scales and Twinkle Twinkle Little Star. Yet, I find playing comforts me. And last week, in a meltdown as Silent Night emanated from every corner of the mall, I raced home to my cornet. Then, instead of practicing Twinkle Twinkle, I googled ‘silent night sheet music.’

When I first tried to play Silent Night I sobbed between each note. Huffing and puffing my way up to the second-to-last line, “Sleep in heavenly pea-eeece,” I found the notes were suddenly too high for me to reach. I was fighting to conquer each measure—but then something changed. I started over, and played the piece—minus the five impossibly high notes—like it was one of those jaw-dropping awesomely beautiful tunes I’d been yearning to play. Only five high notes away from making beautiful music, I blew that horn like my song could reach to heaven and back.

I don’t know yet if my practicing the heck out of Silent Night will help desensitize the powerful emotional trigger Christmas music has become. But I’m beginning to understand the healing power of music. And now, in playing my cornet, I’m feeling an even stronger connection than ever to my daughter.

What are the songs that make you cry? What are the triggers you’re experiencing this holiday season? What connects you to your loved ones who died? Got any recommendations for other simple but powerful tunes I could learn?