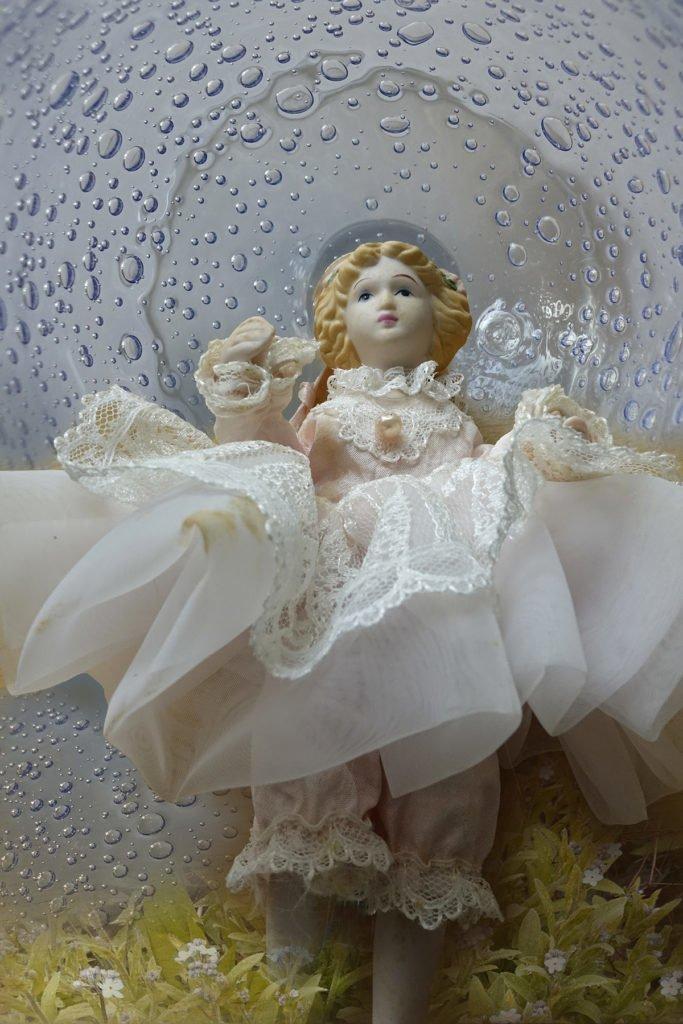 Smelling ripe peaches or hearing certain Christmas carols can trigger emotional meltdowns that leave you sobbing your eyes bloodshot. But what I didn’t realize before is that triggers like these can also bring memories that warm and comfort you. Sometimes, the thing that plays with your passions smacks you plainly in the gut. Other times, you find yourself shaking your head in disbelief at how the mind can mash your feelings.

Like last Saturday, when a mysterious euphoria set in after a morning hike through lush woods. What on earth could infuse my brain with shear bliss? Was it the wildflowers? The sun? We had new haircuts, the dog and I, and we climbed down a small hill at the end of the trail, and found a shady spot on the quiet country road. There was a pond nearby. Swallows soared overhead. And a cool breeze stroked my bare shoulders. Maybe it was the perfect temperature of the air. Or perhaps it was the sound of my dog lapping water from the cup I held, her whiskers brushing my hand as she gratefully gulped. Could it have simply been my anticipating Chinese leftovers for lunch? I don’t know what it was, but something felt right and vaguely familiar.

Catching up to the friend I’d hiked with, in giddy bewilderment I announced,” I think I feel – happy.” 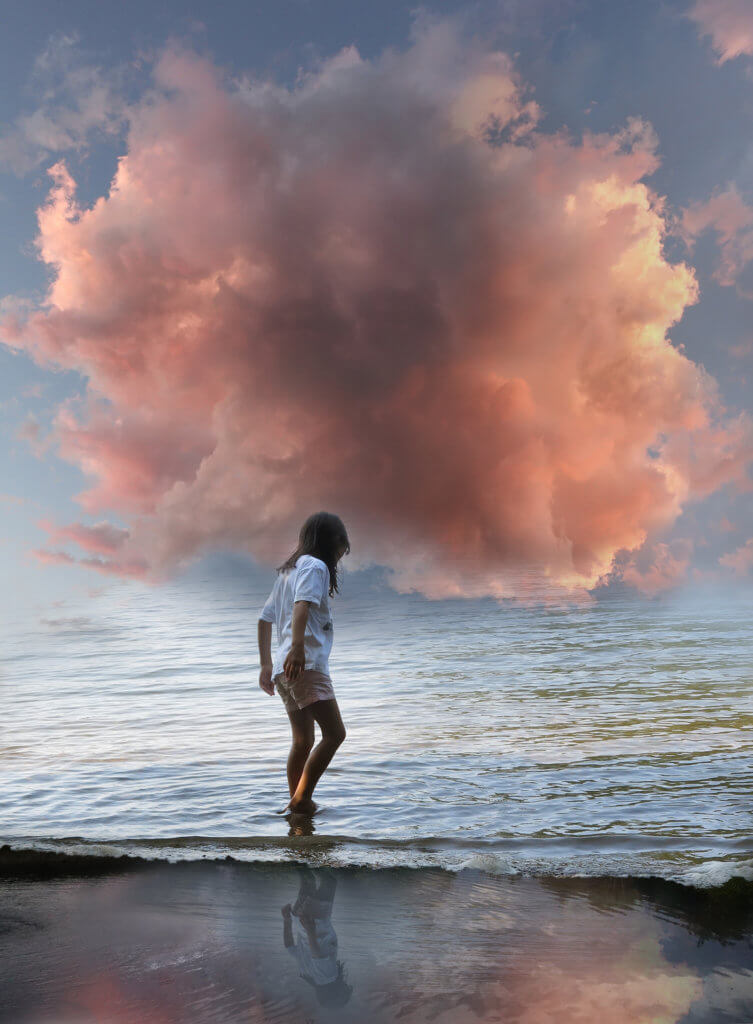 “I love being home with you,” I told the dog, when everyone I knew was out somewhere having fun, and I was feeling antsy with nowhere to go. “But now let’s find something beautiful and joyful to photograph. Something besides you,” I said, and followed her flickering tail around the pond, stopping to take pictures of the water and wildflowers. A colossal pink cloud floated overhead. I snapped a dozen shots of it, awed by its rosiness.

The cloud would be a perfect illustration of joy, I thought. After weeks of watching the garden dry up in the drought, after howling my grief songs and driving people mad trying to move boulders, I desperately wanted to blog about something joyful. So that night I stayed up late, turned on the TV, made popcorn, poured a glass of sherry, pulled over a cozy chair for the dog, and began playing with the image of the pink cloud. And over the weekend, I missed a picnic and passed on a dinner invitation, as I Photo-shopped the cloud in the water, in my face, around a lone girl. I Photo-shopped the heck out of that cloud.

Then, I Googled “pink cloud” to get an idea of why I was so taken with the cloud, and what I might write about it. But there was no joy in any of the articles listed. It was a term used in alcohol and addiction recovery programs to refer to “unrealistic feelings of well-being and happiness experienced during times of despair.” It represented “ignoring life’s problems in a dangerous euphoria,” … “flight from reality.”

I looked at the picture I’d spent hours composing. I looked at the dog. And then I had to consider that maybe I’m the one walking around with my head in a pink cloud, convinced I’m solidly planted on a sure path to healing.