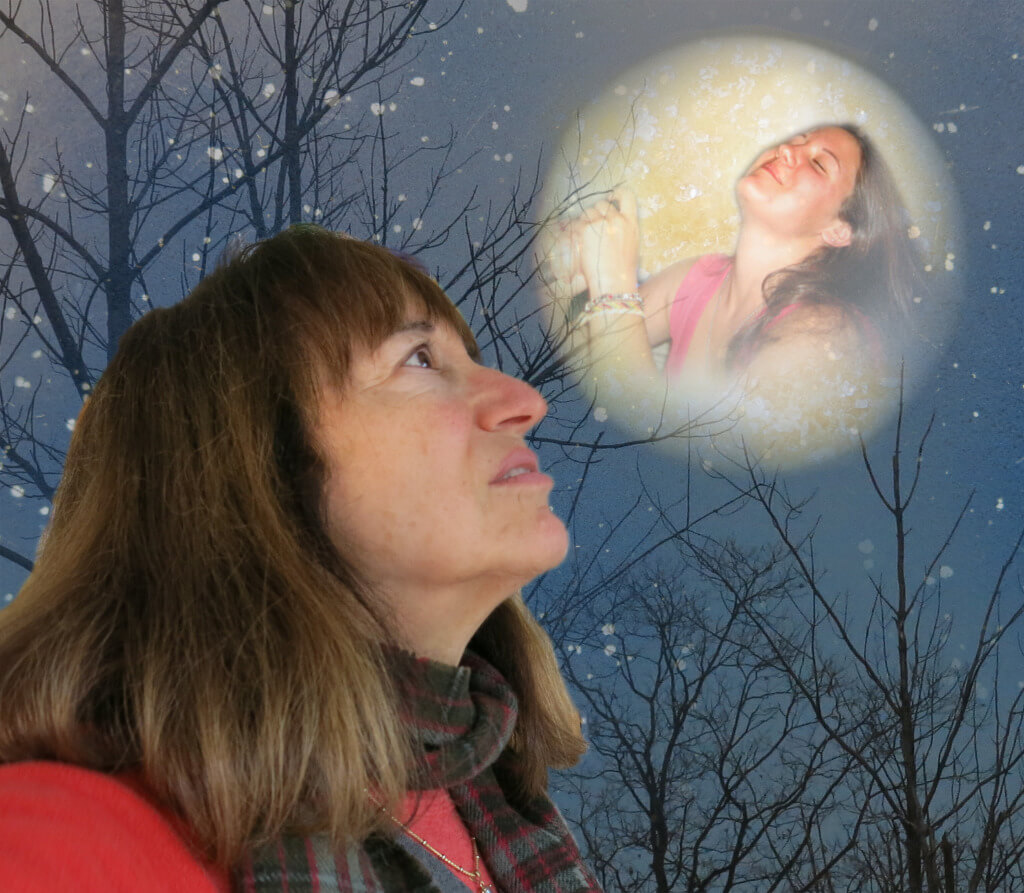 In the first days after my daughter died I felt her presence all over the house. But in a week, after I brought her life-sized portrait home and started talking to it, she seemed to fade away. Then something was drawing me out into the night, out to the driveway where the wind roared as it rocked tall trees over me.

I’d never felt comfortable outside alone in the dark before. But there was little to fear next to the nightmare I’d already survived. After my daughter died, nighttime became one of the gifts I got. And now, even in rain or snow, I bundle up in a down coat, grab the flashlight and my inherited dog, and walk up and down the long pebbly driveway, searching for stars, sometimes dancing with the dog in the moon-shadows.

“Hey. Marika-in-the-moon,” I call to her when it’s a full moon. When it’s a fingernail moon. On moonless nights when the sky is a thick blanket of cloud. Every night. This is when I feel closest to my daughter.

Our planet has one moon. I’ve been singing to it all my life. We can’t always see the moon but we know it is there. Our ancestors watched it and our children’s children will look up to the same night sky. And wherever my daughter is, or is not, if she were to look for light in the dark night, she would look to the moon. So I keep singing to the same moon.

Where or when do you feel closest to the one you love who died?