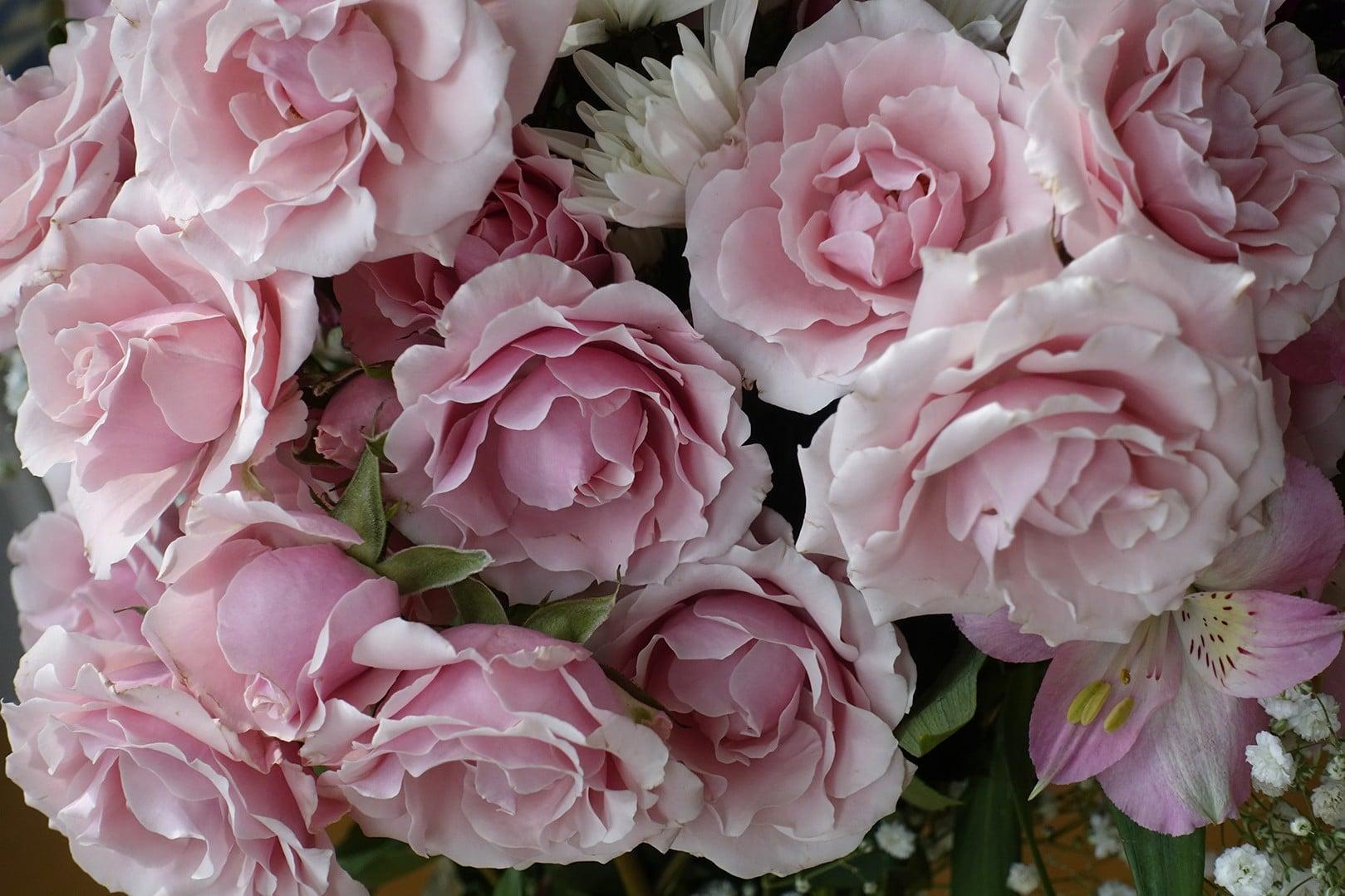 Friends gathering for a holiday feast arrived at my home with delectable dishes and a huge bouquet of roses. Roses in winter. Who’s getting married? I said upon seeing so much pink, although I was immediately drawn to it.

There was no Christmas tree in the house, again, this year. No Hanukah decorations. I hadn’t even bothered to light candles. At the last minute, realizing how dark the place was, I’d turned on extra lights all around. But the roses outshone even the fake fireplace. And now, days later, I’m still getting lost just gazing into the depths of those bright blossoms.

What brightens the holiday season for you? “Look for the light, Marika. Follow the bright light,” my sister Laurie called out when my daughter died. That was almost five years ago. Since then, I’ve learned to keep my daughter close. Since then, light is not what it used to be.

On cloudy days, I imagine Marika riding off into sunlit farm fields with beautiful horses. Or standing in the driveway, laughing at the sky as snowflakes land on her iridescent eye-shadowed lids. In my mind she’s always smiling. Nothing’s as bright as my daughter’s eyes were, when she was happy.

“I’m stuck in black and darkness here. The light’s so near,” Marika had written in one of her poems. Walking her dog in the driveway on frosty moonlit nights, I scan the sky for distant lit planets and sing to the moon. Because, wherever Marika is or is not, she would look to the moon in the dark.

“Look for light,” said Harry my photography instructor at the community college. In the windowless classroom, I’d fallen half asleep on my feet as students spoke endlessly about their work. “Look for light.” It startled me awake.

Three mornings later, on the coldest day of the year, I headed down my long driveway to catch the early morning sun kissing the field across the road. By the time I reached the edge of the field and tore off a glove to adjust the settings on my new camera, the sun had disappeared. I waited, the camera before my face, the glove dangling from my teeth, thinking the clouds would break up. But it turned dark, and it was too cold to stay outside for long. The weather report said the sun was not due to shine again for days. Before turning back for home, I stood in the wind a moment, with hands bunched in pockets, and planted a picture in my mind of Marika racing across the field with ponies. Finding light in winter, in Ithaca, New York, is harder than hanging onto the ghost of my dead daughter.

Where do you find light? What lights your life?