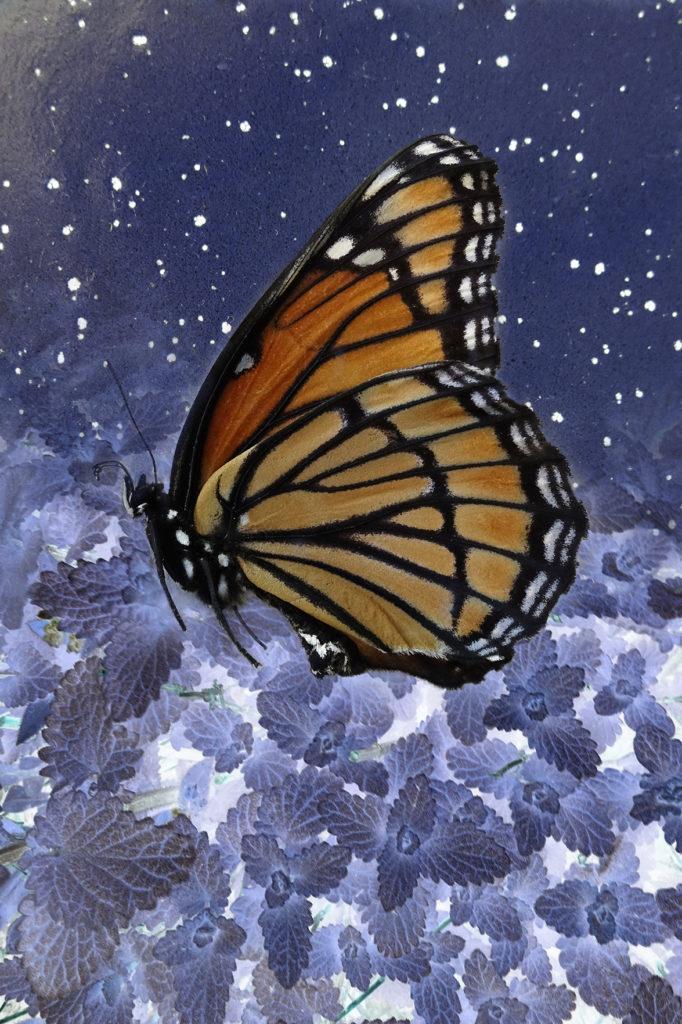 Leaving the house one morning last week, I noticed a bright Monarch butterfly flying around the spirea bush outside my front door. I stood a moment watching it flutter over the tiny nectar-rich blooms, the most perfect setting a butterfly could want. Then I left in a hurry. Later that day, I noticed the butterfly was still there. It was flapping its wings only occasionally and seemed to be settling in for the night. Strange how it was still there, I thought. Maybe it was laying eggs, or maybe it was a sign from my daughter who died. I went about my long list of things to do before bed and forgot about it. The next day I found the butterfly. Still there. Only now it was lifeless.

When I tried to gently remove the poor thing from its perch, I found one of its antennae was wound around a small branch. The butterfly had gotten itself stuck. And now it was dead. All that time, I never noticed it had been struggling. If only I had reached out my hand when I first saw the butterfly, I could have shooed it away and maybe it would still be alive. If I had spent more time, I might have seen it was in trouble. I could have helped.

That was the same week Anthony Bourdain took his life. CNN, the TV station that keeps me company as I photoshop, was broadcasting information for the National Suicide Prevention Hotline. In between they were playing clips from the celebrity chef/author’s popular world-travel documentary, Parts Unknown. It was hard to believe. The man who had everything. A perfect life. Now over. Where did he get stuck?

It made me realize we need to take care of each other better. We need to slow down and pay attention. Love, listen, and reach out more. Sometimes I can be oblivious to the inner workings of my fellow humans and other creatures around me. But these are the ones I share this time on earth with. We are all related. And each one’s well-being matters.

How do you help a friend who’s stuck in a bad place? And what can I do with this dead butterfly, too beautiful to throw away?