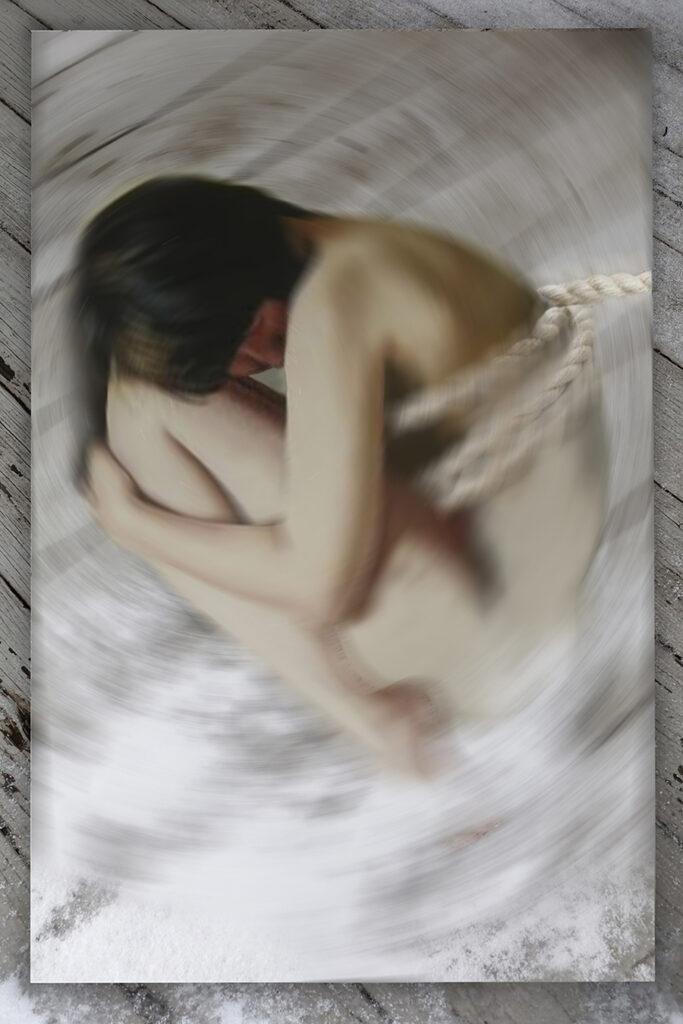 “It would take a miracle,” the ICU nurses said about the possibility of my daughter’s recovery. But we’d seen Marika pull off miracles before. They said, “Each day on the respirator lessens the chance of her ever getting off.” She’d been under for almost two weeks. Her lungs had not responded to the special drugs they’d ordered. So the Roc Docs used something called PEEP to force oxygen through. Then a hole developed in her right lung.

Her father and I had agreed we would allow no painful interventions, but when Marika’s right lung started to collapse, we let them shove a chest tube between her ribs. A day later, when the short-lived victory from that procedure dissipated and the left lung started to go, we allowed them to plant another tube through her left side. Nothing helped. Her lungs were shot. We continued to hope and pray past the time the doctors would have quit, pulled the plug, and sent us home.

“When you start to hear the same grim prognosis from the four different teams of doctors, it will be time to consider withdrawing life support,” our social worker said.

Withdraw life support. Is that how it was to end? Like this was an everyday procedure— you either produced a miracle, like she’d been doing for the past three years, and get wheeled out of the ICU to the unit down the hall—or you died amidst Code Blue chaos with staff shoving the family out the door before scrambling around to resuscitate and electrocute—or you got unplugged. I hugged myself, and begged my beautiful girl, “Do something, Mareek. Do something NOW.”

We’d never talked about the healthcare proxy. Armed with little more than that signed piece of paper, I did not know how to begin to guess what Marika would want. Would she want to live if she couldn’t sing or walk? If she were tethered to oxygen tanks for the rest of her life, stuck with feeding tubes forever, would she want to go on? What if she was trapped inside her head, could think but not communicate, could feel pain but not move? When it comes to considering death, people grab at every grain of hope, giving up more and more of what they once felt was important for a good life. I was grasping for anything. I’d take meager crumbs. The dregs. But what would she want? Would Marika sit, strapped to a wheelchair with an oxygen tank, living on memories, and feel life was worth living? And not fight, forever, for more?

“She wants everything possible to be done to keep her alive, unless it becomes hopeless,” Rachel said when I called to tell her I didn’t think Marika would make it. “She also told me she doesn’t want to cause more suffering for her family and friends.” Marika said that?

“We should put her on a DNR status, Do Not Resuscitate. So if her heart stops, she won’t receive chest compressions or electric shock to re-start it,” Laurie said. “That would only cause more pain from broken ribs and wouldn’t preserve the quality of her life. But don’t give up on her yet. Her blood pressure is good, her kidneys and liver are working well. Her blood cells and platelets are coming up, so the transplant is working.”
“So we just need a miracle to remedy the small matter of her blasted lungs,” I said.
“She’s been at death’s door before,” Laurie reminded me, “and has pulled out a miracle and survived.”

The Roc Docs said she was sinking. It was just a matter of time. It was not presented to us as a choice: to pull the plug or not pull the plug.
“No, not yet,” I begged on Friday when she’d been pumped by PEEP for multiple days. “Give her the weekend,” I pleaded, clinging to Marika’s feet and urging everyone to whisper, in case she could hear.

On Tuesday, the first day of March 2011, the seventeenth day on sedation, the four teams, one by one, filed in and out saying, “Sorry.” I clutched Marika’s feet and rubbed madly. I watched the life I had guarded for almost twenty-one years drift farther beyond my reach. They’d given us all the extra time they could to wish for a miracle, and over the weekend hope had ebbed away like a receding tide. A strong current was pulling me out into uncharted waters, to a place no one I knew had been before. Whose child dies before their parent? I wondered. How could this be happening?

“It’s time,” I remembered my father announcing at his end.
“It’s time,” the social worker said.
Drained and defeated, Marika’s father and I finally both agreed. I said yes, and signed the paper that said my daughter’s life was to be ended.

My bedside notebook for recording dreams caught only nightmares then: I was fished out of rushing water, dripping wet, and hauled up to the whitewashed docks above by a rope. Caught. I knew I didn’t belong there, that being there meant I’d be executed on the spot. I huddled, cold, wet and miserable, trying to make myself small on the hard dock while my captors considered me. A sympathetic one pointed to a place just above my tailbone, urging the other to shoot there, where it would be kinder. Closing my eyes, I waited for the shot to shatter my bones and end my life…. Later that day, I realized that the tailbone area was where Marika got her spinal fluids drawn and chemo injected. Maybe this was really a dream about Marika. Even in my dreams I had a hard time separating her ordeal from my own.

The second day of March was barren and gray now that we had accepted there would be no more miracles. I moved like mud. Heavy, frozen, lifeless mud. Marika’s life would be taken the next day and I had a dilemma: to tell her or not.

Even heavily sedated, she might be conscious on some level, or in and out of consciousness. But if Marika couldn’t say anything, couldn’t say goodbye or “I love you,” if she wasn’t able to express anything or even move a muscle, what would she do with this information? For the first time ever, her father and I agreed immediately on something. We did not want her just lying there, drowning in fear and anger, unable to communicate. So we whispered and tiptoed around her, holding her hands and head. I did not tell her she was going to die.

What is the bigger tragedy: losing your loved one suddenly without a chance to say goodbye? Or knowing your loved one is close to death and not talking about it? I did not know how to talk about it. So I just stood there, silently, stroking her face with my eyes.

Much later, I would find these lines crossed out, in a song in one of Marika’s journals:
“My mama strokes my hair and tells me I’ll be fine now,
‘We gonna take care of you.’ But her eyes tell me she’s hiding a lie.”

We’d had a conversation or two when she was very young, about how not saying something is like lying. So I was lying. I was not being honest anyway.

There was more. Worse. What, later, I’d give anything to be able to rewind and replay: I did not tell her, “I love you.” As she drifted farther away from me, I did not dare say it. I hadn’t said it enough. Does it mean more when you say it less? Does it mean less when you say it more? And what did it mean to my precious girl that I didn’t say it at that time?

Because if I told her then, “I love you,” she would know it was the end.