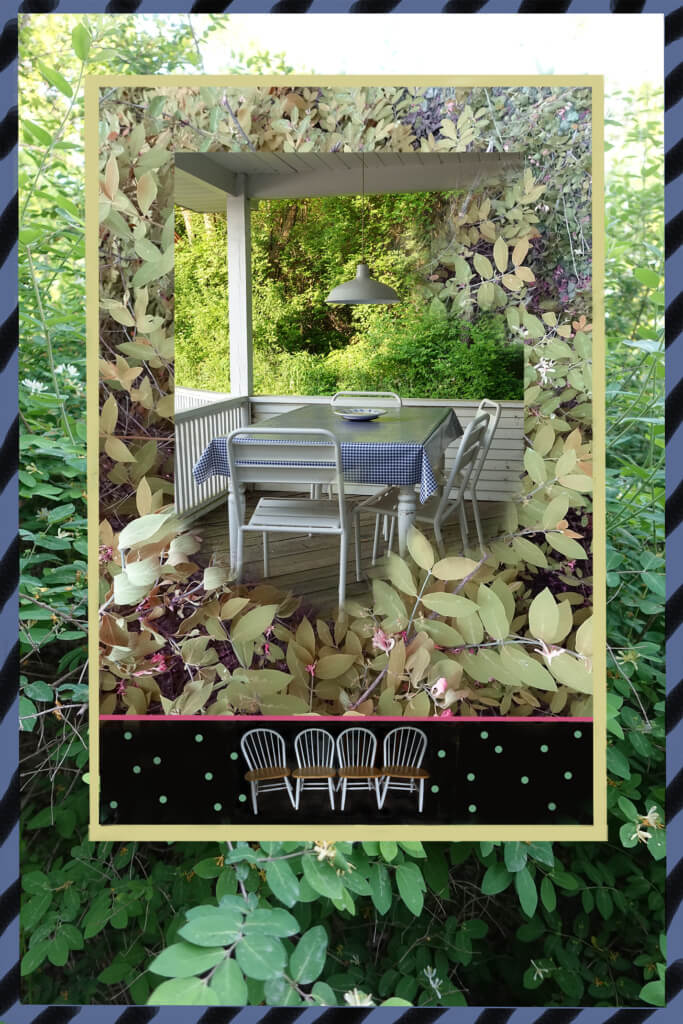 They’re just beat up old chairs, I told myself, wiping away tears as I stuffed the deck chairs into my car. The white Windsor-back chairs had once been part of my prized dining room set. Then, years ago, they were relegated to the deck where we grilled steaks on hot summer evenings, and draped the chairs with towels while we swam in the pond below. Sometimes the kids dragged the chairs off the deck for campfires, and assembled s’mores on the seats.

For the past eight years I had little to do with the deck. The three summers before my daughter died, we were in hospitals. After that, I was not able to bring myself out there. The chairs quietly deteriorated. And now they were headed for the Salvation Army, the first stop on my list of things to do before going to the Ithaca Hikers’ Picnic. The four chairs and three cushions (one had been carried off by the wind way back) filled up the trunk and back seat of the car, wedged around empty water jugs. My second stop before the picnic would be the weekly fetching of fresh water at Greenstar Natural Foods Market.

In this new chapter of my life, five years after Marika’s death, I am reclaiming the deck and summertime. The past week, in a frenzy of clearing and cleaning, I weeded the overgrown gardens, clipped back the honeysuckle that hung over the driveway, swept years of fallen leaves from the deck, and raked algae from the pond. I replaced the four dilapidated deck chairs.

“We can’t take those, they aren’t saleable,” the woman at the Salvation Army said, after I’d unloaded three of the chairs. The chairs felt heavier as I stuffed them back into the car. In shock, I drove to Greenstar. The water jugs were unreachable. So I went on to the picnic. But first I parked in the lot of an abandoned storefront. To cry. Because there would be no new chapter for these chairs; their last stop would be the dump.

The last hikers were leaving as I arrived at the picnic. They listened as I held back tears.
“Just put them by the road at the end of your driveway, with a sign that says FREE,” they said. So I drove back home, unloaded the chairs, and lovingly lined them up on the narrow strip of grass by the road. And minutes later, when I came out of the house with a sign that said FREE, they were gone.

What relics release the floodgates of grief for you? 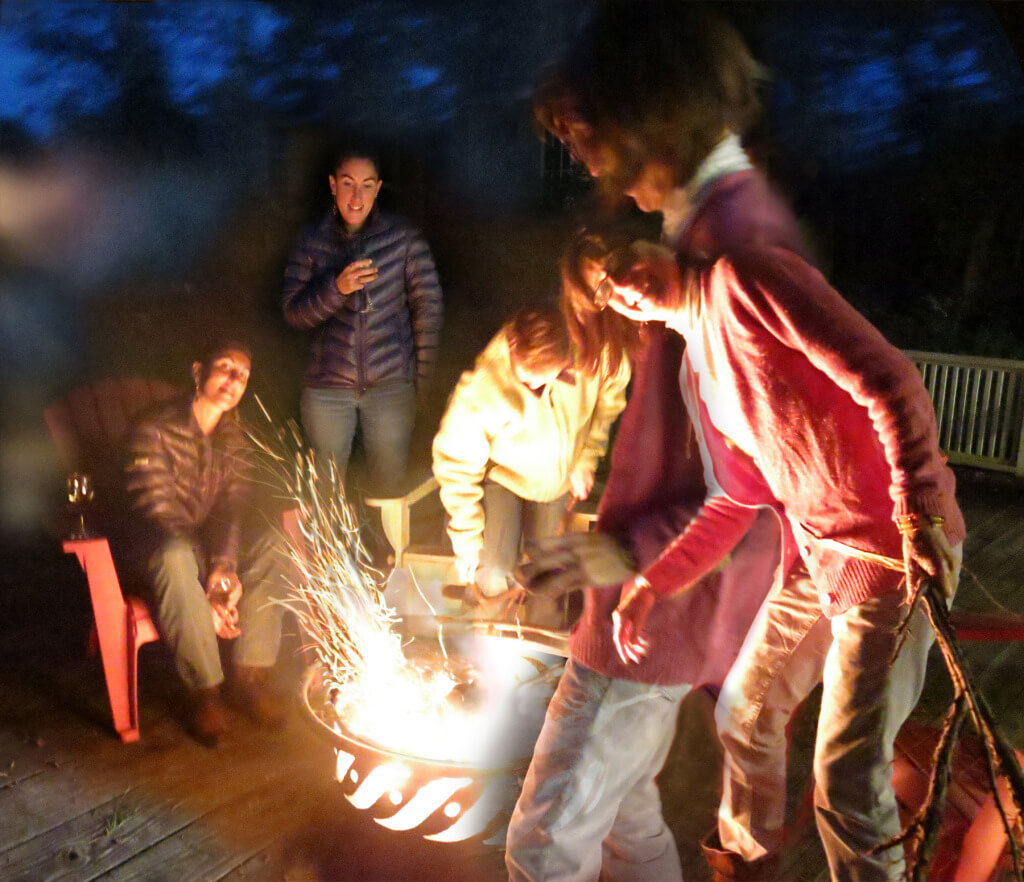 “We’re comin’ over to your place with some wine,” the friends I’d just left phoned as I pulled into my dark driveway.
“But, uh … ” I sputtered.
“We’re almost there. Bye.” There was just enough time to pull out five wine glasses.

“Got any matches?” someone asked when the wine was poured. They gathered up their glasses and newspapers, found an old log, and made a campfire on the deck. The deck that once housed skunks; the deck that last year harbored a fox family and earlier this year was home to snakes. Squirrels and chipmunks scamper about daily on this deck, undaunted by the barking dog. The past week the dog, my son, and I watched woodchucks and raccoons dart underneath.

This year I’d only lingered outside my house briefly a few times to listen to coyotes and frogs or to photograph 2014’s super-moons reflected in the pond. In the three years since my daughter died, and the three summers in and out of hospitals before that, I had stopped reading and watching stars on the deck. So wild creatures found it a peaceful spot.

But on this night, between my son grilling his hamburgers, the prowling dog, and the friends stomping on the planks, raising flames and wildly whooping it up as they washed down the wine, on this first campfire of the year we took back the deck.

After, I went to bed with my hair smelling of smoke and slept through the night.