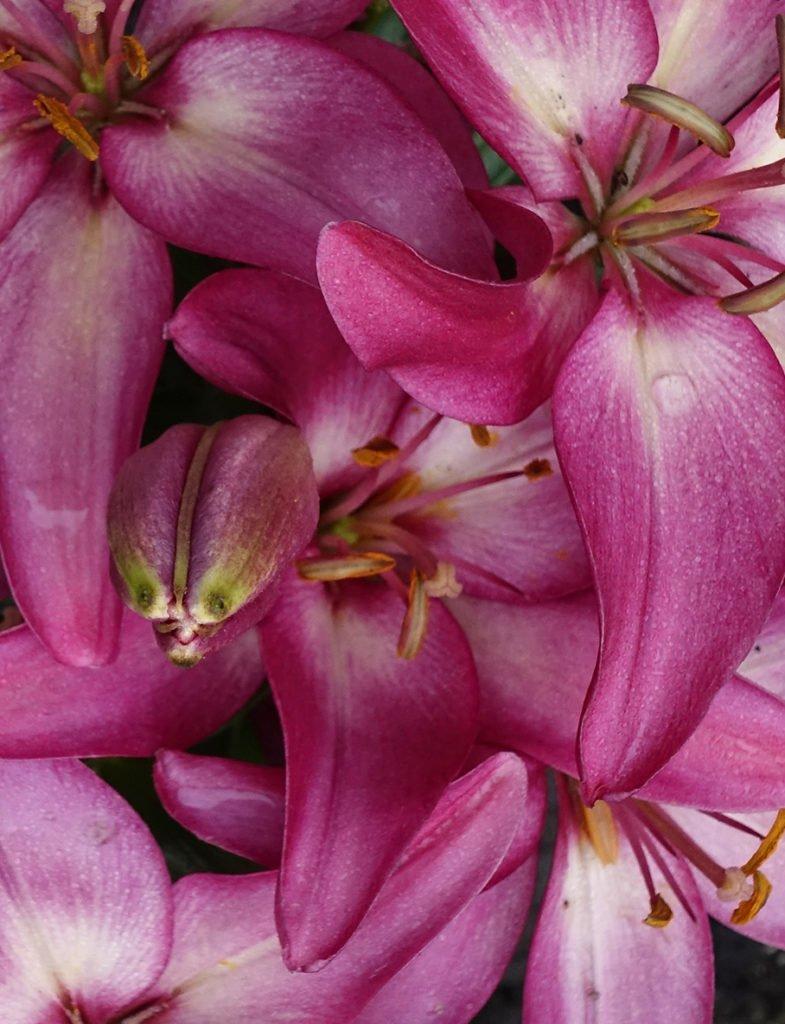 I’ve been talking to dead people for so long that I forgot how to socialize with live ones. So at the reception of the latest memorial (memorials being the highlight of my weeks lately), when two men started two separate conversations with me at the same time, I froze and panicked, and fled the scene as soon as I could, not even stopping for a piece of cake. And at home, I went back to weeding the garden, grumbling to my dead daughter about my lack of the simplest social graces, until I sensed some snarky late-blooming bud of a lily laughing at me.

Life’s too short to beat oneself up about being socially inept. Unfortunately, I can’t blame this on my losses and bereavement. So I’m gonna stick to the garden and Photoshop and the safety of my own kitchen for a while, where I can’t embarrass myself. Catch you next week after I’ve recovered. Cheers!