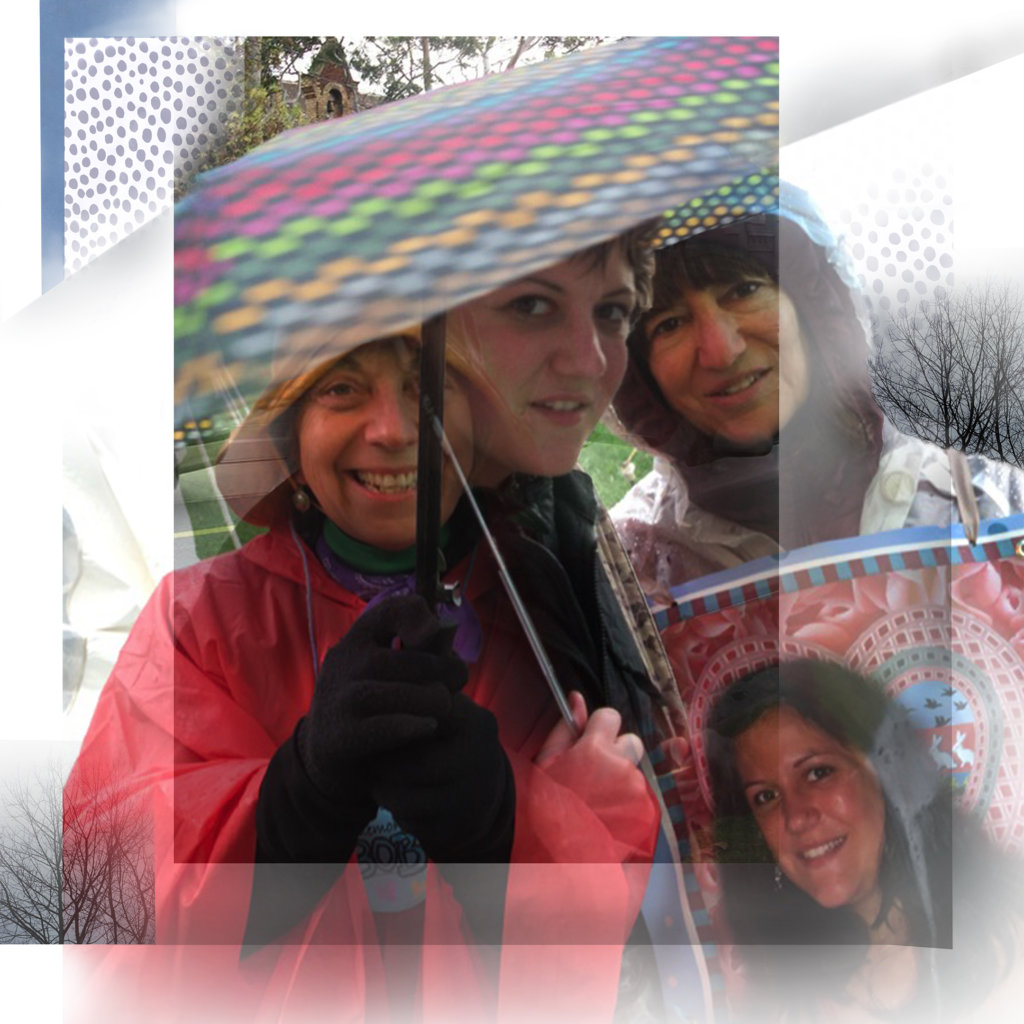 Months ago, when we were still in the middle of a drought, I had Staples print up two large vinyl banners, photos of my daughter, to be strung together and worn sandwich-board style for the Cancer Resource Center of the Finger Lakes’ Annual Walkathon. It seemed like a good idea back then. That was before I’d had time to consider how conspicuous I would be, sandwiched in bright colors, shoulders to knees. It never occurred to me that the dry spell could finally end in a three-day downpour concurrent with the October Walkathon. The banners’ colors would hold up in rain. But could I?

I didn’t stand out as much as the guy in the Tony-the-Tiger costume. I stood with him until the rain picked up and people ducked into the tents. Then I stood alone in the rain, waiting for my friend to show up. People passing by nodded with sympathetic smiles.
“Can I take your photograph?” I was asked several times.
“Yes, please. Take pictures. I’d like that,” I said, smiling into the cameras. Whoa! Was that really me? I hate being photographed. And I hate being conspicuous. It’s bad enough feeling folks’ eyes taking in “the woman who lost her daughter.” Before my loss, I’d tried hard not to stare at the one woman I knew whose child had died, as I wondered what kept her from disintegrating into millions of miserable molecules. Now I was that woman. And I was standing in the rain. Standing out. Alone. In costume.

High school girls’ teams came by. They wore tight wet jeans, soaked sneakers without socks, drenched jackets. My daughter would have fit right in. “That’s what you’re wearing in this torrential downpour?” I’d often said to her. She liked rain. She played soccer in the rain, wrote a song about rain. She even looked good wet. Whereas I was told once, coming in from the damp, I looked like a drowned rat. She’d be mortified to be seen with me now in my knee-high heavy-gauge rubber boots and clear plastic hooded raincoat.

“Oh. Marika!” her former teachers and an old friend pointed at me sandwiched in the photos. It felt good to hear my daughter’s name and have her remembered. And I realized that I wasn’t a drowned rat. I wasn’t simply a bereaved mother. Just then I was Marika. I was wearing her smiling face from shoulders to knees. And she loved being photographed. She wanted to be seen. So I shamelessly approached a small group, a young man in a tutu, and asked if they would take my picture with Tony-the-Tiger.

When my friend finally arrived and offered me space under her rainbow umbrella, I said, “No thanks. I’m completely waterproof.” 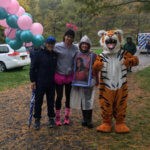