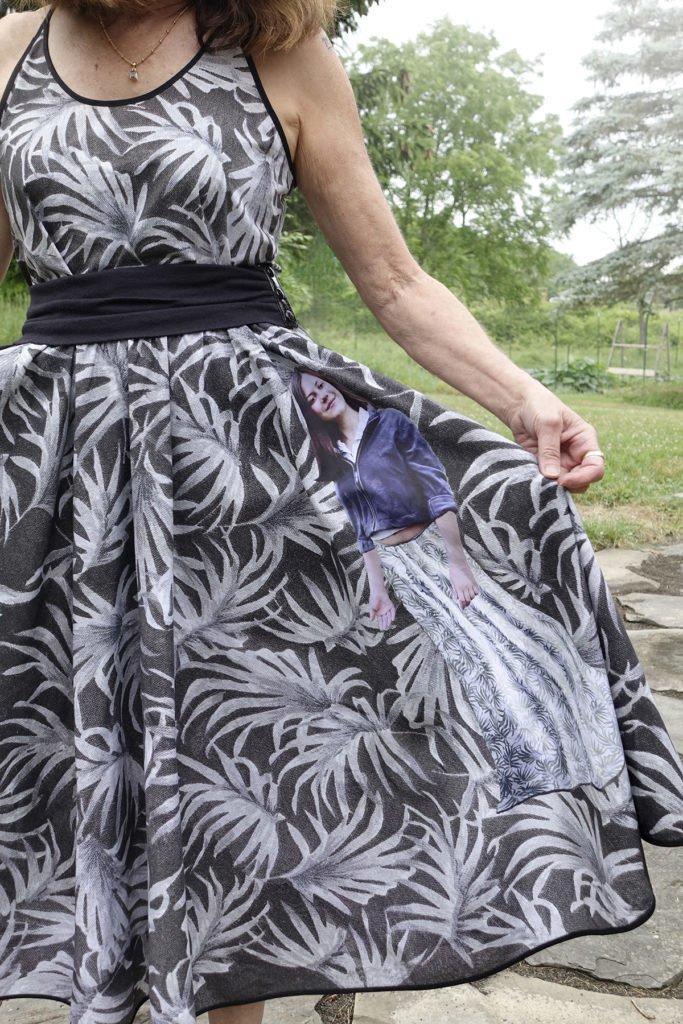 Even though dead for seven years, there was no way my daughter would miss her friend’s wedding. So when my invitation arrived, I knew immediately that I would wear something of Marika’s to the event. I searched through closets and drawers for her black sequined shrug. It would be the perfect thing over my cocktail dress. Only, I couldn’t find the shrug. Anywhere. For two days I pulled apart the whole house, but it didn’t turn up. The only other clothes I still had of Marika’s were her soccer sweatshirts, winter scarves, and a tank-top. Totally inappropriate for a wedding.

I came up with the idea of photo-shopping an image of Marika as a young girl onto a flowery background, and then getting the picture printed on cloth so I could sew it up into a new dress. A Marika Dress. For days I sketched pictures, made a paper pattern, shopped for trimmings, and researched companies that would print photos on fabric. I immersed myself into the project with an energy and enthusiasm that had been absent in my life the past seven years.

“That’s totally inappropriate for a wedding,” a friend of mine said, when I told her my plans. Suddenly, I felt myself sinking into a dark abyss of grief and shame. I was wrong, weird. Out of place. I’d always been a little different, “You’re an artist so it’s okay that you’re kind of kooky,” someone told me long ago. Having my daughter die made me even more unlike most people. More self-conscious about who I was and how I fit in. Less likely to attend parties. I never wanted to call attention to myself or offend anyone. What I wear doesn’t really matter; just being a bereaved mother at an event like a wedding feels like standing naked in a crowd. Now, I was being inappropriate. And about to make people uncomfortable.

But working on the project had given me so much joy, I decided to make the dress anyway. I could wear it to The Compassionate Friends 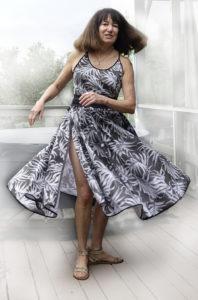 monthly meetings for bereaved parents, where they would understand my wanting to “take” my daughter to the wedding. For the ceremony I would put on the cocktail dress with Marika’s tank-top underneath.

Finishing the project, I scoured the house to find a satin sash to top it off. And during the search for the sash, I found Marika’s sequined shrug. It would be perfect over either dress. So now I have to decide. Or maybe I’ll leave that up to the bride and her mother.

Do you think the new Marika Dress would be inappropriate to wear to the wedding?