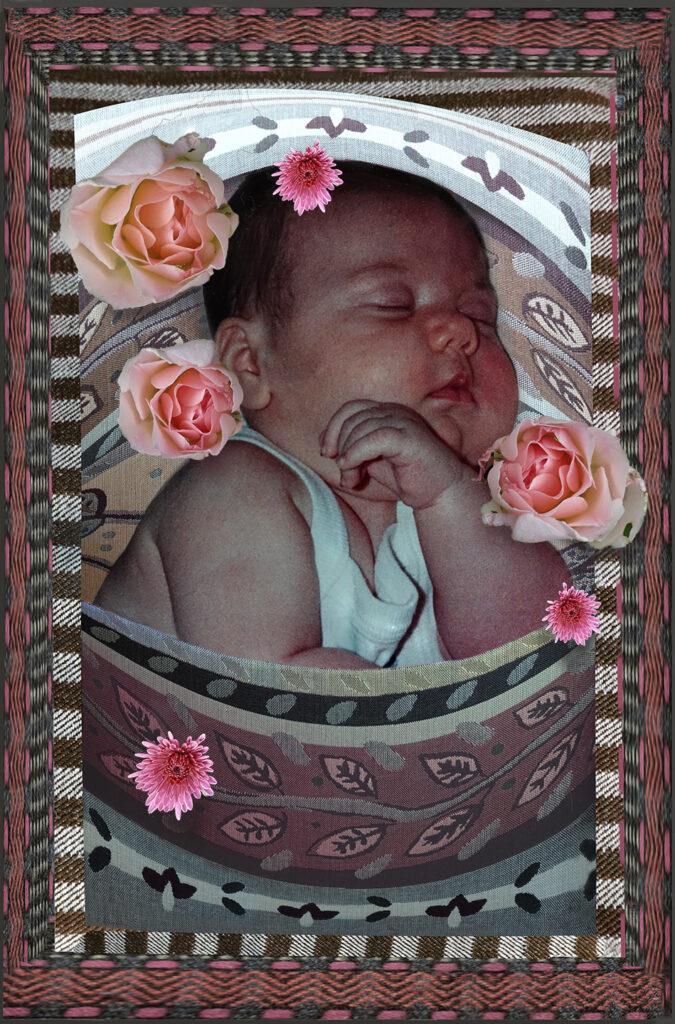 Mareek, I want to tell you the story of your birth, I rambled on in my head as I rubbed my dying daughter’s feet. I could not remember if I’d ever told Marika that story. This was on the third day of March 2011, shortly after I’d signed the papers to end her life. Consumed by the unfairness and all she would be losing out on, I was feeling like the worst kind of thief. I could not yet imagine my own loss, how that would feel. I’d failed her. I couldn’t tell my mother or even Laurie. There was only one day left to get close enough to death to accept it, to learn to love it. So, standing at the foot of her bed, I brought up the memory of when she was born, and then I tried to convince myself of everything I’d ever heard about death: Death means freedom from pain. Death is a transition, not an end. Our dying begins the moment we take our first breath so death is simply the last part of life.

Many rave about watching a birth, welcoming oncoming life that blooms from womb to world. And your birth, Mareek, was one of my most magnificent moments. But really, witnessing the exiting of life, even when walloped by sorrow, is awe-inspiring. Life, when it enters the world can be traced back to the source of the seed. But its departing is shrouded in mystery. A year and a half earlier, I had tried to watch as life evaporated from the still form of my father into nowhere. I stared, transfixed on an invisible drama, detecting only the signs of a soul having already taken flight: his just-stopped pulse and empty lifeless eyes. My father’s eyes were half open, dark black marbles that caught glints of light, even at the end. I wondered, for how long could he still see me as his mouth opened and closed, opened and closed so slightly like a dazed fish out of water gently gasping for breath? He seemed unaware he was not catching any air towards the end. He lay there calm and still while his family shook in sobs. I watched, but could not tell if the life ebbed out of him slowly or if it left as in the flick of a switch.

Where life goes in the time it takes for a heart to stop beating is an astounding mystery. Is the life locked dormant inside or does it dissipate into the negative space between those grieving? Does it escape into countless particles of dust? Are there a gazillion invisible, homeless souls freed from their earthly shells, crammed around us, hovering over the ones they loved and left behind, hoping to be reborn?

Mareek, I’d named you Marika Joy before you were even conceived. Yes, I knew you were out there waiting for me somewhere. Like the crocuses that herald in the spring. I always knew I would have a daughter one day. And I’d love the warmth of your dark-haired head on my cheek. ‘Marika’ was the most beautiful, magical name I’d ever heard. You were named after a flower, a Twelve Apostles Neo-Marica. A walking iris. And Joy, for your paternal grandmother, a precious life snuffed out too soon by cancer. A spark of her would live on, be reborn with you. Yeah. Too bad we couldn’t have erased the cancer genes from those sparks of Grandma Joy’s.

You were late, Mareek. You were supposed to arrive in April, the month of your father’s and my birthdays. You were taking your time but Doctor Kyong wanted to go on his vacation. So he had me choose a day in May from three convenient dates. I was embarrassed by this as all my pregnant friends were having natural childbirth with no interventions, no drugs. Back then childbearing was like being in some sort of Amazon birthing marathon, but being ten years older than everyone else, I had to comply with a different set of rules, or lose my adored doctor.

I chose May third. Three letters each in May and Joy. And so, early in the morning on May 3, 1990, your father and I arrived at the hospital after leaving friends in charge of your brother, our businesses, and the pets. The nurses gave me some drug, oxytocin, to induce my labor. And then an enema. But there was no progress in my dilating. We waited. And walked and waited. Wearing the special kimono-style birthing robe I’d sewn from fabric with joyful bursts of blossoms, we walked the halls of the hospital and waited all day. You were already finding ways to defy demands and doctors. There was little that was natural or unplanned except you simply were not ready, were not complying with anyone else’s agenda but your own.

I don’t remember pushing, Mareek. I don’t remember pain. I remember waiting, maybe a little impatiently, to see your face and be on our way to our great adventure together. My water was broken for me in the afternoon and then there were fierce contractions. I growled like a wild animal and hugged your father hard. They injected me with three paracervical blocks for pain relief, and finally, just at dinnertime, supported by your father, I squatted, extending one leg out like a Russian dancer. After some grunting I was cut open to make it easier for you. Then I ripped open even more. Suddenly there was a great avalanche inside me. And you tumbled out, surprised, kicking and demanding, What’s for dinner, Mom? You chomped down eagerly, nursing right away as they stitched me back up. You were purple and bruised. You were perfect. I loved you immediately. My Marika Joy. A true Taurus, my friends said. Everyone expected you to be solid and steady and strong. And stubborn. And you were.

In the photography lab at Tompkins Cortland Community College, a student played back a video she’d taken.
“Look,’ she said, handing me the camera. I watched a silent scene of my instructor patiently speaking with some non-descript middle-aged woman. Wearing my favorite reddish-color, the woman pointed and pontificated.
“Oh my gosh. That’s me,” I said three minutes later as the segment ended and the screen turned black. Who would know me? I hadn’t even recognized myself.

Who am I now? I wondered the first day I came home after my daughter died. Am I still the mother of a daughter?
“What am I supposed to do with my life now?” I asked after traveling alone to Australia to scatter Marika’s ashes.
Who am I? I considered as I wrote the author bio for my book proposal. “Designer and dreamer in Ithaca, New York,” I used to say. For years I was, “art teacher, special education teacher.” Now I type, “writer, blogger,” and remember Marika wanted to be these things. “And Photo-shopper,” I add, feeling I’m getting closer.

On Sunday August 3rd, 1PM at Buffalo Street Books in Ithaca, I will read for 30 minutes from my book. If you come to my reading you will not see a bereft, shell-shocked mother with tissues lining her pockets. The depressed, directionless wimp who couldn’t consider tweeting or exposing her fears online will not be there.
You will see someone who still tries to duet with her dead daughter, who appreciates the ways her daughter’s dreams have affected her own. You will see me stretching into my new role, humbled but not devastated by what life has thrown at me. Somewhere in the process of learning to accept change and challenge, I’ve allowed myself to grow.

Some days I don’t recognize myself.