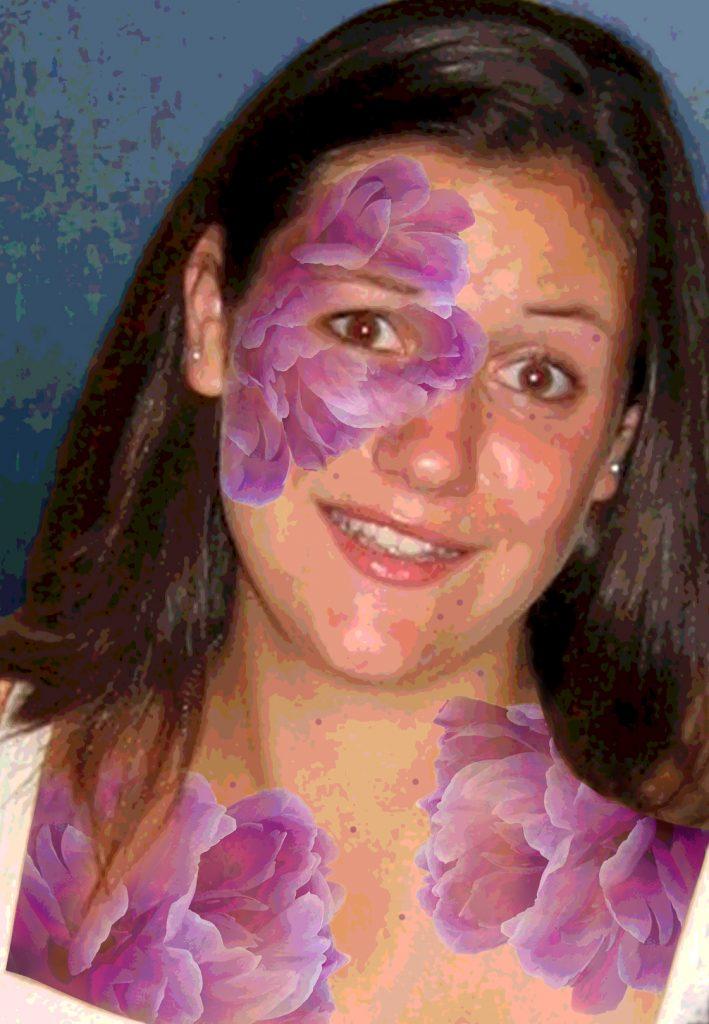 “Mom! Get a life!”
Marika always said this. It was her self-preserving way to end a losing battle, a clean exit that always rendered me speechless. Rolling her eyes, she would bark, “Mom. Get. A. Life.” My just-turned-eighteen-year-old daughter enunciated each word sharply. Like four smacks to my face.

On a spring evening in May 2008, soon after we’d had one of our regular disagreements, she shoved the phone at me. It was my sister. Again. The sister who’s a doctor outside of Boston, Marika’s longtime ally and confidante. She called Laurie every time monster-mom did something disagreeable, like say No. So I was ready to hear the retelling of my latest offenses.
“Put your glasses on and look at Marika’s face,” Laurie said, with no greeting, no preamble. “You’re looking for tiny burgundy snowflakes the size of a pinhead, around her eyes maybe.” I peered closely at my daughter’s pouting teenaged face and peeked at her neck and shoulders, aware we hadn’t been on touching terms the past decade.
“Laur, those burgundy snowflakes? They’re all over her. Hundreds. Everywhere.”

Geese were nesting. Hundreds of spring peepers, tiny frog-harbingers of the season, cheeped loudly into the night. Blooming lilacs perfumed the air as irises poked through growing bursts of greening foliage. And tiny burgundy snowflakes blossomed all over Marika. Along with purple bruises, big as peonies. Amid the budding and blossoming, disaster hit home. It had chewed on Marika for who knows how long. It shot darts through her head, planted renegade cells in her blood, rooted itself and grew.

I didn’t know. The past two weeks, when Marika mentioned headaches and being tired, I thought she just didn’t want to do her homework. But that evening, when she could no longer blame soccer for her excessive bruising, and couldn’t ignore the headaches or the fatigue, she’d phoned my sister. On the phone, from over three hundred miles away, Laurie could paint a clear picture of anything. Like petecchiae, the burgundy snowflakes running rampant over Marika.
“Get to the hospital now,” Laurie said, after listening to our dozen reasons why we wouldn’t be able to see a doctor in the morning. So we dropped everything and made a mad dash to our local emergency room, where Laurie phoned in a request for tests. An hour later she called back. And then—BAM! Leukemia.

It whacked the life we knew inside out and upside down.

Everything always revolved around Marika. She had a way of using up all the oxygen and energy within a considerable radius around her. She’s the one who got picked from the audience whenever a volunteer was called for. She was the one who came home with prizes: a bottle of champagne, a huge stuffed teddy bear from a local carnival. Her fierce determination landed her jobs and favored roles in school plays. Her smile, or maybe just plain luck, got her into situations where I could only shake my head in wonder.

I fretted about how soon she would leave home for college. I savored each soccer game and every opportunity to be a part of her life as she inched farther away, fighting to be free of me. The last stretched-thin string of glue tying us together was our connection to a strong tribe of mothers and daughters who, after years of play dates and carpooling, still got together for theater, out-of-town adventures, and dinners. Paula and her daughter Silviana came over with DVDs and chocolate the first night of leukemia, when the hospital sent us home to pack our things. Overcome with fear, Marika had called them. I was surprised to find them at our door. For me, oblivious to medical crises since Laurie always handled those, it didn’t register right away that here was something to be afraid of. We stayed up watching movies with Paula and Silvie all night before we left home again to enter our new reality of hospitals, doctors, and drugs.

The next morning, at Cayuga Medical Center, a mile from our house, Marika’s friends piled onto the bed with her. Her long hair shone, her cheeks blushed. She laughed. She had played soccer just the day before having next to no platelets and fifteen times too many white blood cells. This whole mess must be a mistake, I kept thinking. But I knew Laurie didn’t make mistakes, not like this. And she was working diligently now on the phone, with us, with the hospital, with her colleagues and resources in Massachusetts. What was leukemia anyway, I wondered? Something to do with bad blood? I didn’t understand a thing about what it meant but I felt my insides steel against some vague looming catastrophe. I sat stunned, immobilized. It wasn’t until the tall, dark storm that was Marika’s father lumbered into the hospital room, that I knew this was real.