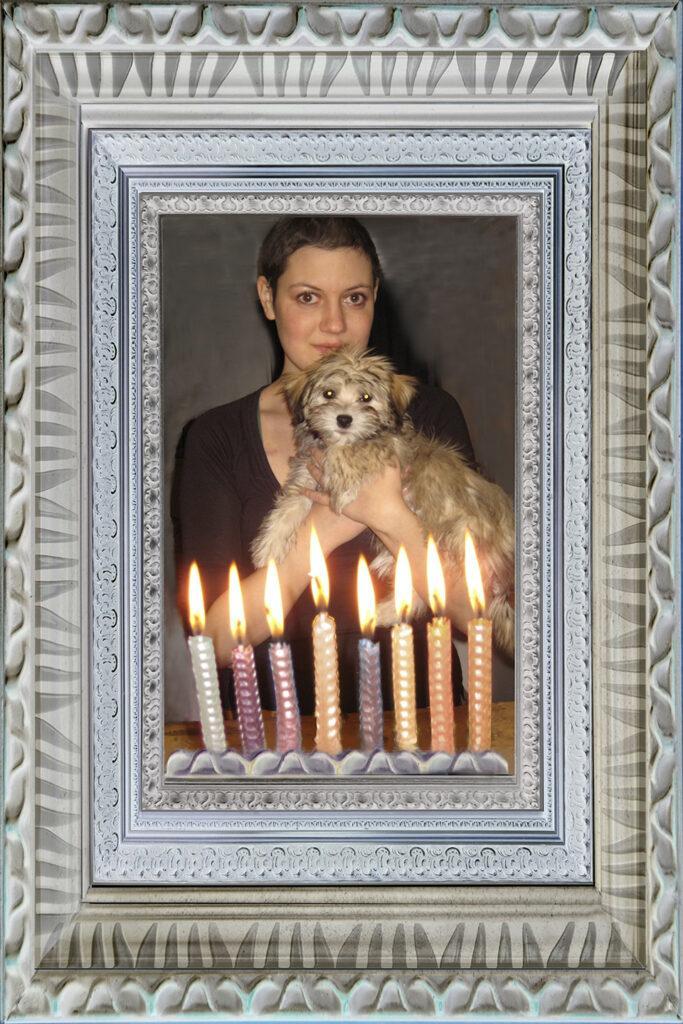 Greg grills steaks outside in snowy December. Still home, waiting to see where his new job will take him next, my son shares his aged Dalmore whisky with me while across the valley Ithaca College lights up the dorm windows to display the digits 2013. Another New Year tiptoes in. Another year that will pull my son far from home. One more year that pulls me ever farther from my daughter, from our times together. The second holiday season without Marika evanesces somewhere between the late night drinks with Greg and the few quiet dinners at friends’ houses.

Awake at sunrise most mornings, half-dressed, I grab my coat and camera, and clamber outside in the cold to catch the earliest morning light kissing the pond. There have been no photography classes over the winter break so I’m trying to continue on my own, but I miss that community of students and photographers. I miss people in general over holidays. Everyone’s mostly wrapped up in their own families, absent to me, making the absence of my daughter even more pronounced. I crave company but I seem to have forgotten how to socialize.

At first, I was not to be the one to host the mid-January birthday party for Stephen, leader of the Ithaca hikers. But for too long I’d let everyone else do all the entertaining.

“Let’s do it at my place,” had suddenly fallen out of my mouth when I was giddy in the company of fellow hikers. For days I think of little else until thirteen of us, including two friends’ daughters, are squeezed around the table where I’ve been writing for a year and a half. After a lunch of make-your-own sandwiches, the daughters help clear the table and light the candles on the cake. They’ve already started to sing the Birthday Song when they hand the cake to me to place before Stephen. Don’t let the flames go out, I think, carrying the candlelit cake ten short steps to Stephen. Suddenly my head reels. There’s a jarring explosion of memories. Presenting birthday cakes to Marika. I was with her for every one of her birthdays. Twenty cakes, each year one more candle added. And one for good luck.
… Happy Birthday Dear Marika, Happy Birthday to …

No. Don’t go there now. It’s Stephen’s birthday and there are twelve people here, I tell myself, fighting back tears. I don’t know if I set the cake down carefully in front of Stephen, or if I threw it at him like a hot potato. But by the time the song ends, I collect myself, clap cheerfully, and serve the coffee. And note that the Birthday Song is now a powerful emotional trigger, along with Christmas carols, carrot cake, and actress Drew Barrymore.

“Susan and Stephen want us to come for brunch on Tuesday,” says Liz, over the phone on Friday, the first of March 2013.
“I can’t. I have my photography class on Tuesday,” I say.
“Well, how about Monday then?” Liz asks.
“No, I can’t on Monday.”
“Whatcha got going on Monday?” she pushes.
“Monday’s March 4th, the second anniversary of Marika’s death. I don’t want to do a get-together with people then. It’s the wrong kind of energy,” I say.
“Well, what are you doing on Monday?” she prods.
“Something quiet, reflective. Like light candles around the pond. Maybe a campfire. Yeah, Marika loved campfires.”
“Well, let me know how we can help,” Liz says, ready to hang up.
“You wanna help me build a campfire?”
“In the snow?” she laughs nervously, knowing I’m serious.
“Yeah. A little warmth in all the wet and cold, I don’t know,” I say, sensing a mutual doubt. “I haven’t figured it out yet. But there’s no way I’m gonna be fit for company on Monday,” I say, ending the conversation.

The period from March 4th to Mothers’ Day is my season of hailstorms and hurricanes. In between those dates fall my birthday and Marika’s, the first day of spring, Easter, and Passover. All are opportunities to wallow in misery and close off the world. Brain nausea sets in as I try to sort out what this day, the anniversary of Marika’s death, really means and how I should commemorate it. What keeps coming up is my Aunt Bertha. My favorite aunt lost her husband on her birthday over fifty years ago. She’s kept to herself for over half a century, feeding on little other than her immense sorrow. That is not living; it is dying in slow motion. The day my daughter died was the worst day of my life. It’s a date I’ll never forget. The only good thing about that time was the kindness and support of many friends. Without them, I would never have gotten through that day. Or the past two years.

“Hey Liz,” I call back. “Did you finalize a day for the brunch yet? Because I think getting together with friends is exactly what I need on Monday.” So, in recognition of the day I lost Marika but found my caring community, I take Suki to brunch with Liz at Susan and Stephen’s house. An hour later on the same day, my friends Barb and Jan take me out for lunch. I take Marika’s friend Rachel, now Ray, and the woman she will marry, out for sushi dinner. And in between, because the assignment in photo class this week is to take seventy pictures of people in their environments, I go to hikers Dennis and Virginia’s place, and then Dan and Celia’s with my camera. Counting friends. Counting blessings.