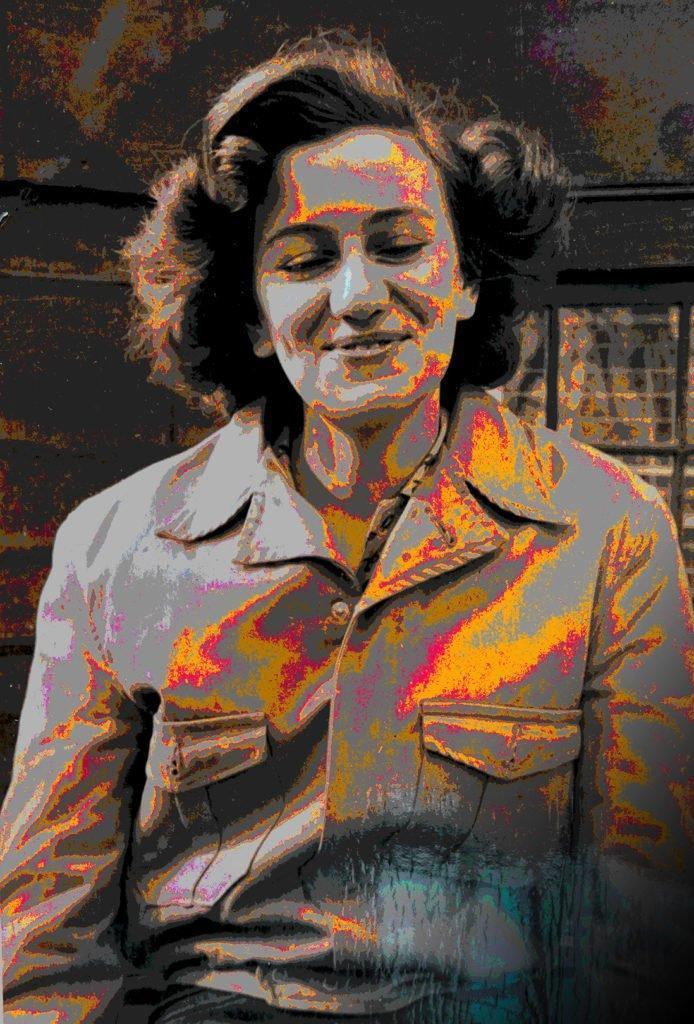 I want to hear the story of your mother’s death, a friend said. It startled me. No one had been bold enough to request anything like this from me before, and in all of my phone calls to the bereaved, I, myself, had only ever asked for the stories of the deceased one’s life.

But we need to hear more death stories. Maybe dying wouldn’t be so scary if we shared more good deaths. And in the end, all in all, my mother had managed to have a pretty good death.

On the weekend after one sister had visited, my other sister and I arrived clueless to our mother’s state of mind. Not answering phone calls or emails, two weeks earlier Mom had written on my blogsite that she wasn’t ready to die, don’t give up on her. A week later she reported on the blog that it was time. When we got to her apartment, she was teetering between lucidity and an ever-enveloping morphine fog. It was the beginning of the storm before the calm.

Is this it? Am I dying now? she begged of her aides, desperately searching their eyes.

No, not yet, we all told her. And tucked her snuggly into the new Sleep Number bed. All night long and into the next day, she groaned in an alien tongue. It sounds like you’re in pain, her aide said.

No pain, she responded. But then she’d tear herself from the bed, driven by some invisible force, sending the aides scrambling to avoid her falling.

I think I’m dying now, she whispered with eyes closed. Yes, I’m dying, she said, not moving. Even the aide was convinced my mother was willing her death to arrive in that instant. But Mom perked right up when asked to initial and sign paperwork for the traveling notary, and whenever she was served rum raisin ice cream. That was pretty much how the weekend went. In and out of this world.

Agitated and restless, in the middle of the night of the day her daughters said goodbye, my mother wanted to be moved to the couch she’d inherited from her boyfriend. Soft, cushy and low to the ground, it was the couch she never sat on because she knew she couldn’t get up out of it. But that was where she chose to sit at 2AM Monday. And soon the aide helped her to lie down there. Then, she finally went to sleep. And never woke up.

These sculptures are worth a lot of money, my mother had told me, way before she could consider dying. I photographed them partly to show her that Yes, I’m taking good care of them, Mom. Also, they kinda remind me of all of us on our own individual journeys through life and dying. What we bring to the ends of our lives. What we leave behind. The chaos and the calm.

Last week, I went to visit my ninety-three year-old mother and found a stranger in her apartment. A docile, pale old lady in a wheelchair was falling asleep over her hardly-touched cake and coffee. She apologized and begged forgiveness of me, and of anyone who came near.

This was not MY mother. The mother who, weeks ago, was still stuffing her walker into the car, and shuffling off to the “beauty parlor.” The mother who bought jewels to match every outfit. The one who demanded that everything be executed in her own particular way, or you’d suffer her scorn. MY Mom could out-eat anyone, and was shamelessly vocal about whatever or whomever she disliked. Head of our tribe, she didn’t apologize.

Last week, the only thing my Mom ate with any interest was rum-raisin ice cream. It was set before her in spoon-sized clumps after lovingly prepared meals were removed and dumped in the trash. Morphine was doled out to balance my mother’s free-from-suffering time with her time to be able to think and communicate coherently. Sleep, when it came to her, was deep and steeped with groaning. Over the weekend she drifted ever farther away into her sleep.

On Sunday we sisters kissed her goodbye, said we’d be back in two weeks. But early the next morning, I got The Phone Call, the call that knocks you upside down even if you’ve known for a while that death was parked waiting right outside the door. Needing time to process this, I went to the gym. There, responding to the first person who casually inquired, “Hey, how are you?” I tested out the words too impossible to believe yet, “My Mom just died,” adding, “I think I’m an orphan.”

“No,” my friend said, looking me sternly in the face, kinda like my mother used to, “You’re not an orphan. You’re a matriarch now.”

I am still waiting to see how all this will hit me once I finally get it through my head that my Mom, the woman who gave me life, carried and protected me—and ruled my world—is dead. Sooner or later, I will be clobbered hard by the loss of her, I’m sure. But that morning in the gym, after being dubbed “matriarch,” I mustered up twice as many planks than ever before and threw myself into a fierce aerobic frenzy. Then, still breathless, I phoned my sisters to assign them various tasks from the list of all that had to be done to accommodate the great shift in our tiny family. What kind of matriarch will I be? I wonder. The glue of the family, or the iron fist?