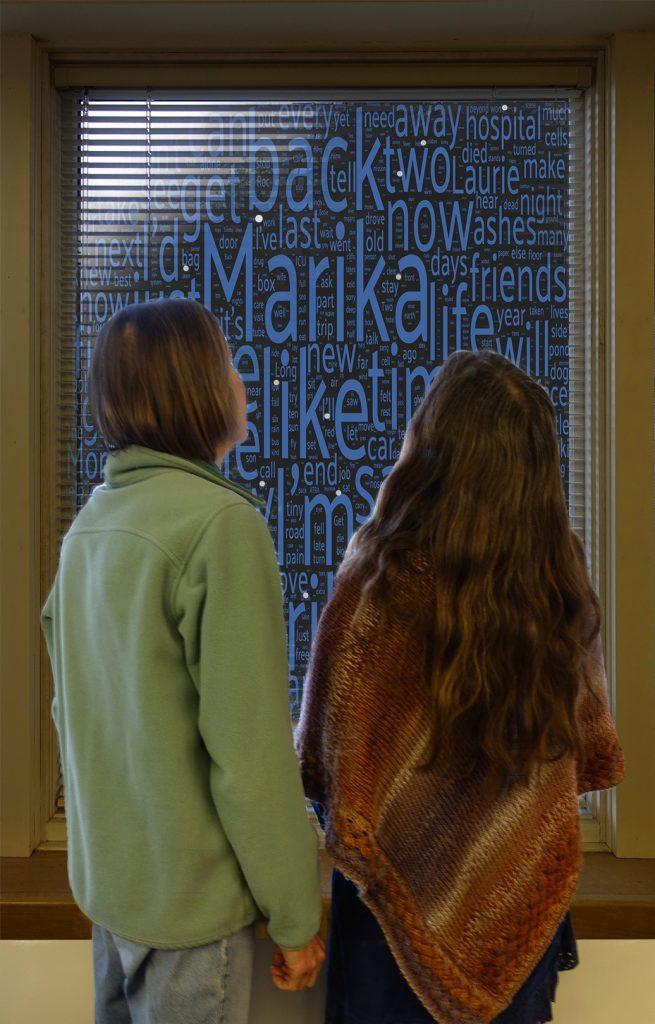 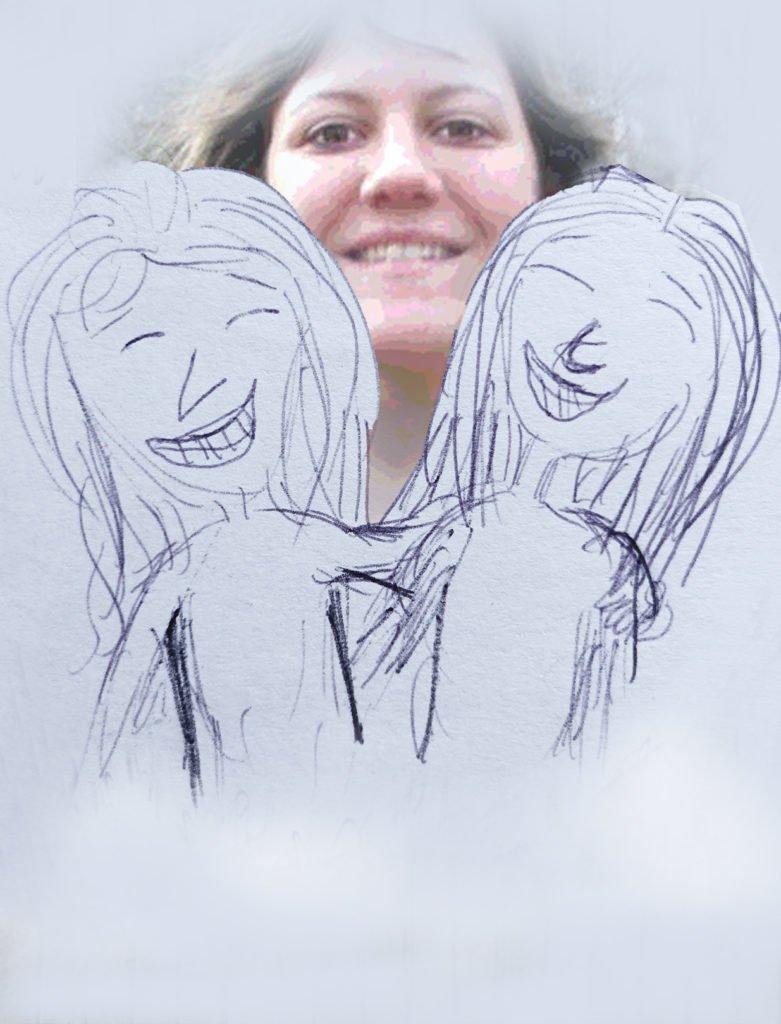 During our almost-three-year journey through the Wilds of Cancer, my daughter Marika and I never spoke about death or dying. To do so would have been to abandon all hope of ever being free of cancer. It’s like we made some sort of pact to pretend that everything would turn out all right. Our discussions focused only on coordinating the here-and-now. This way, we could stride always forward from setbacks and disappointing news.

So towards the end, as the palliative care team took over, hinting about unplugging the life support system, I made them whisper and would not mention aloud that Marika was not going to live. At that point, I was too crushed by the thought of losing her. I couldn’t utter the D-words. Death. Dying. Dead. They pulsed in my head as I tried to convince myself of the terrible new reality. Marika, mostly unconscious by then, only heard encouragement from me as she lay there, “You’re doing fine, keep it up.” I’m pretty sure she already knew she would not survive. Holding back the truth has haunted me ever since.

Eight years later, a good friend of mine is in the end stages of her cancer. In the strange circumstances of life, I have been granted an opportunity, a second chance, to do a better job of supporting a loved one through the process of dying. I’m still wondering why it is so difficult to talk about the tough stuff with the ones we care about. All the very difficult, very human things one needs to address at the end of a loved one’s life — like apologizing, forgiving, thanking, acknowledging love and appreciation, and saying goodbye — are easy to ignore.

Then came the day my friend announced she was stopping treatment and starting hospice care. It was time to step up beyond my comfort zone, to acknowledge her dying.

Now Death is turning into a third friend in our company. In my mind I picture Death as having the face of my daughter, so it isn’t as scary and unapproachable as it used to be. Most days she (Death) sits peacefully between me and my friend. Sometimes she hugs us close. Other times, like when I’m being less than thoughtful, she (Death) blatantly slams our heads together. I’m getting used to Death’s gaze waxing and waning with my friend’s energy.
“What will happen when you die?” I ask my friend, “I’m going to miss you. You know?”

How can we make death and dying easier to talk about with our loved ones? 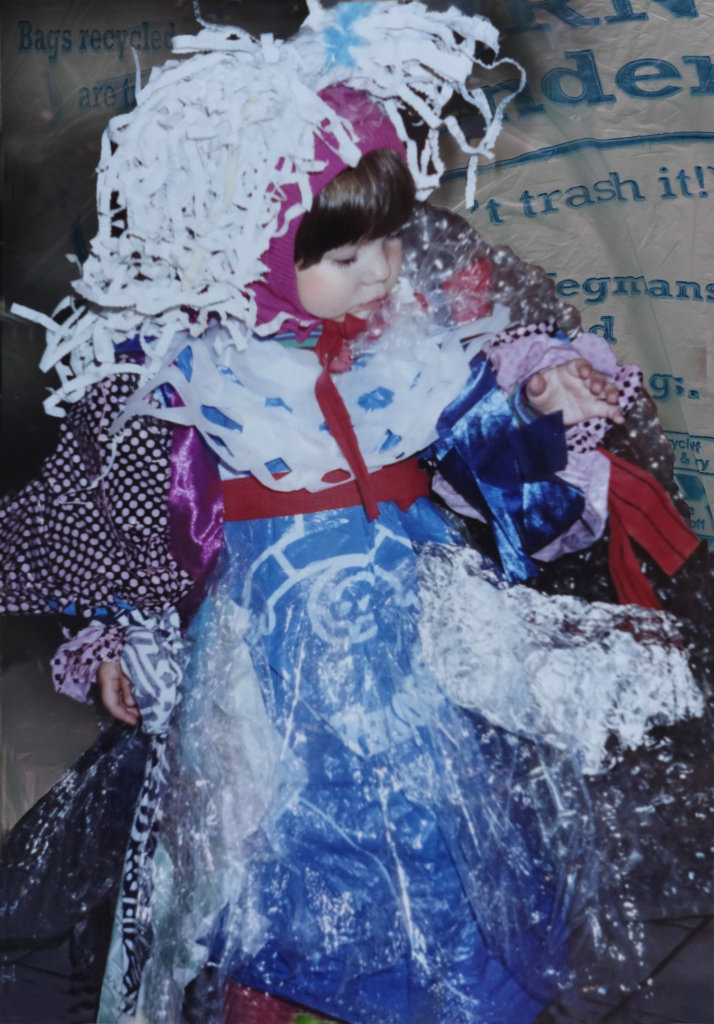 “I don’t think I can do this.” I stood over my bin of plastic bags. “Earth Day’s coming, and I should be able to do this one simple thing for our planet,” I told myself. After decades of hoarding plastic shopping bags, I was considering eradicating them from my routine. But I kept coming back to all the things I do with these bags. Like carry gym-clothes and potluck dishes. Like use them for trashcan liners and dog-poo bags. They make great stuffing for stuffed-animal art projects. And long ago, inspired by Tom Knight’s song, The Garbage Monster, I even taped a bunch of plastic bags together into a dress for my then three-year-old daughter to wear in a costume contest where she won 3rd place.

Call me a Closet Bag Lady. I’m very attached to plastic bags. Even though they release toxic chemicals into the soil and oceans when discarded. Even though they’re produced from crude oil (a non-renewable resource), and their manufacturing process results in chemical pollution. And, while they are now made with a percentage of recycled material, they are not biodegradable so it’s nearly impossible to get rid of them. So animals find them and mistake the bags for food, and die choking and strangling on them. Nasty bags. For a long time I wondered if all the old plastic bags and bottles I found in my daughter’s room had something to do with her getting cancer. I kept saving bags anyway.

We’re destroying the planet,” friends wail. “Pollution, ozone depletion, carbon emissions, strip mining, fracking, … ocean acidification.” They write letters to congressmen and go to marches, keening like they’re grieving, “Habitat loss, deforestation, climate change…” laments that sound eerily similar to my bemoaning all the complications of my daughter’s disease. Seeing my planet in trouble reminds me of the helplessness I felt trying to hang onto Marika through the wilds of cancer. In the end, nothing could save her. But there ARE things we can do for Earth.

On Earth Day, all over the world people will be planting trees and picking up trash. Earthlings will take to the hills, to their gardens, to community Earth Day events. On any day, not just this holiday, we can recycle plastic bags and other recyclables, set up bird feeders, learn about the environment, investigate community composting, … to help make the planet a better place to live.

I don’t know for sure if I can really give up these darn bags. But the Earth is my home. Our home. So I hereby pledge: for the love of our beautiful planet, starting now, I will shop with reusable cloth bags. What one simple thing will you do? 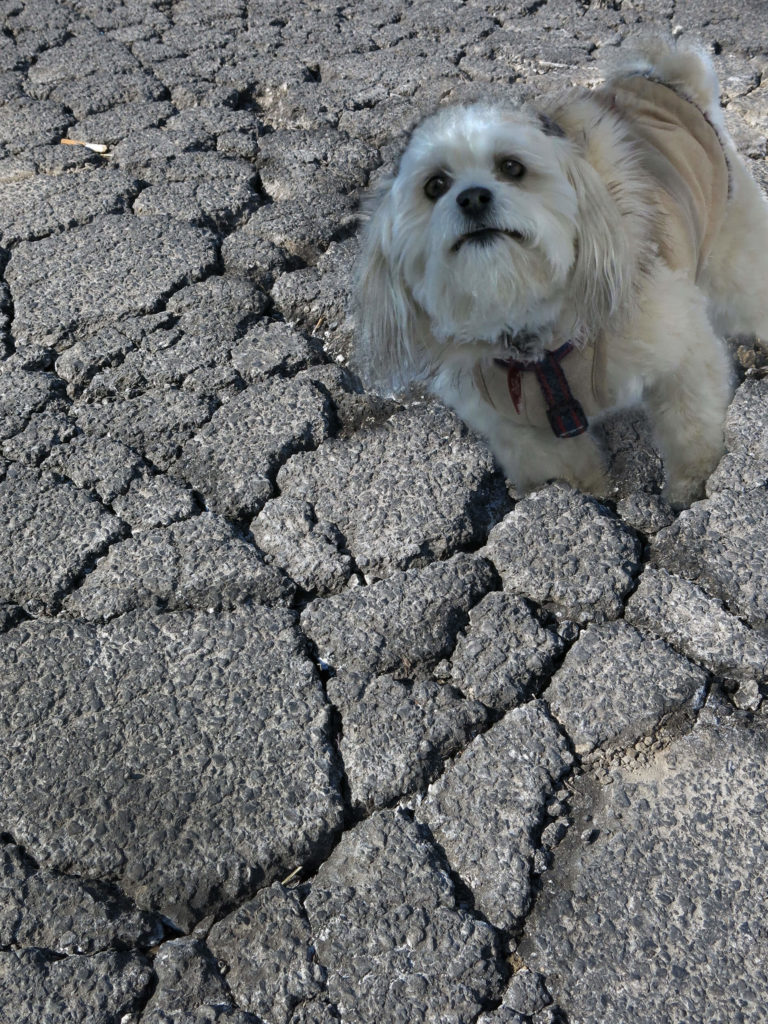 In the first sentence of the book I was to choose a word or phrase from, it said, “… about to do something dangerous.” There were easier phrases to choose from beyond that first line, words that immediately painted pictures in my mind, words that would be less challenging to make six photographs of. But I kept coming back to that phrase. About to do something dangerous.

Maybe because I don’t ever do anything dangerous. Or, at least, not intentionally like some blog-sites that scream, “Do Something Dangerous Today.” I hardly ever take risks. After losing a daughter to leukemia, I know peril comes stalking a person sure enough without one’s flirting with it.

Trying to exercise some dangerous behavior to aid in executing the assignment, I squatted behind my camera at the bottom of the college’s huge staircase. Then I walked the halls looking only through my viewfinder, purposefully knocking into students I didn’t know and snapping their pictures.

Over the week, to complete the assignment, I considered what dangerous things I’d done in the past. Like walking alone in the city at night, exposing myself on social media, swimming by myself in strange waters, advertising on Craig’s List to rent my guest room, taking a ride from a bartender I didn’t know in Australia, getting my pilot license, … trusting another human being, getting romantically involved. Earthquakes and scorpions are dangerous, although I’d experienced neither. Rabid raccoons, jellyfish, high cliffs, losing control, … I had experienced. Menacing claws, lightning, lighting a match, and ground breaking beneath my feet are dangers I am wary of. And cancer.

Early in the week, Suki, the dog I inherited from my daughter, stopped eating. I watched as Doc Orzeck poked around the lump on her throat.
“A fifty/fifty chance it’s cancer,” he said. I held Suki tight for days. We snuggled each night. When she started wagging her tail again, we went for a hike. I fell. I got up and we kept walking. The next days we hiked and walked and sat in the sun. Danger is everywhere. Living your life, or daring to love, or just walking, is doing something dangerous.

What dangerous thing have you done? And why?